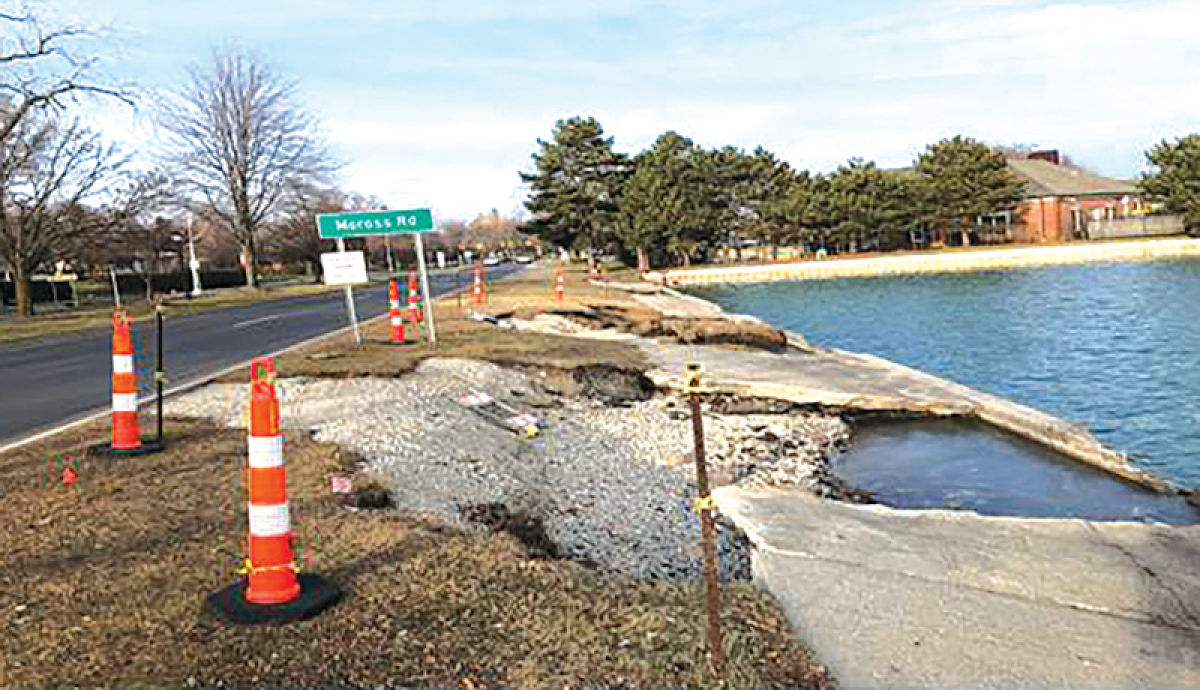 Federal aid, if it can be approved, could end up paving the way for desperately needed repair to the crumbling Lake St. Clair seawall in Grosse Pointe Farms and Grosse Pointe Shores.

Zmich said they drilled 30 feet to 36 feet down for the borings, discovering that, “overall, the depth of clay and types of clay (in the soil) varied.” That would need to be taken into account with regard to the seawall design, he said.

“We cannot just put up the same type of seawall” along the roughly 3-mile-long stretch between the Shores and the Farms, Zmich said. He said they would need to look at the area further and come up with detailed cross-sections for the seawall, which will vary by embedment depth and whether or not there’s an outfall that has to be built around. Zmich said engineers estimated the seawall would consist of about 25 sections as a result of these types of differences. They will also need to work with officials from the U.S. Army Corps of Engineers and the Michigan Department of Environment, Great Lakes and Energy, or EGLE.

Zmich said they estimate the cost of the project — including engineering contingencies — is about $23.8 million, but “this is a preliminary number. … This number could change.”