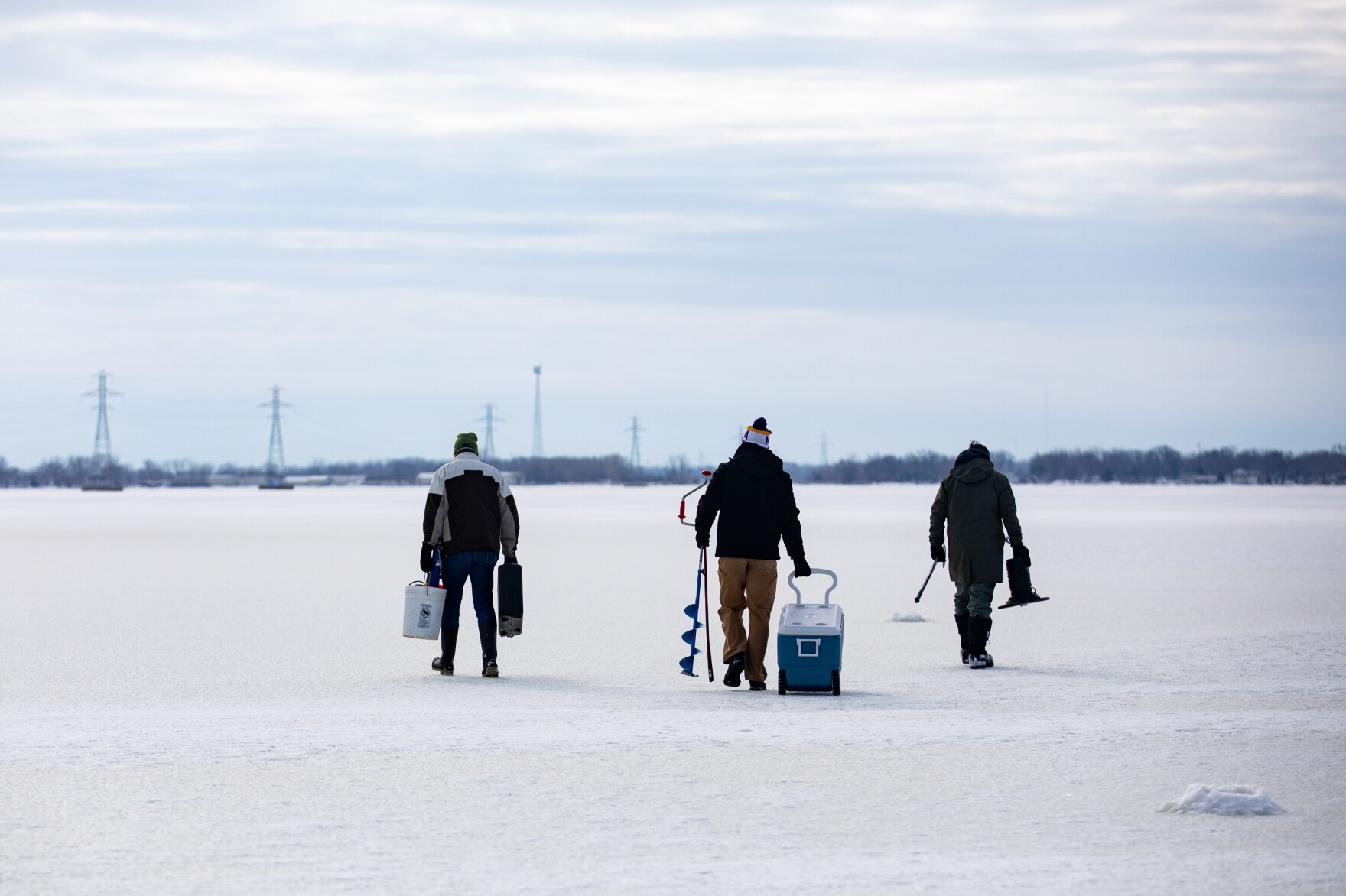 The last bits of winter snow and ice in the Great Lakes melted in late May, according to a NOAA-GLSEA (Great Lakes Surface Environmental Analysis) tracker that uses satellite data to produce real-time daily estimates of Great Lakes ice coverage.

Before it melted, scientists collected samples of ice, snow and frosty lake water in a coordinated scientific event called Winter Grab, a research effort to assess the winter conditions of the Great Lakes and Lake St. Clair. More than a dozen teams of scientists from the U.S. and Canada participated in the inaugural event, which took place during a single week in February. The shared results will provide the first systematic baseline of winter conditions on the Great Lakes, giving important clues about how climate is affecting lake ecosystems as a whole.

Using precise scientific instruments as well as ordinary tools like ice picks, slotted spoons and plastic jugs, decentralized teams across all five lakes drilled their way through the ice to collect water samples, measure underwater light levels and gather plankton and other microorganisms. The data will help them better understand ice properties, water chemistry and lake biology, as well as help them determine how the lakes are influenced by the changing climate.

Winter Grab was organized by University of Minnesota Duluth associate professor Ted Ozersky, who also organized the Great Lakes Winter Network (GLWiN), a research collaboration between multiple organizations. "Over the last few years, lake scientists increasingly recognized that we know very little about what lakes do in the winter," Ozersky says. "Part of the motivation for Winter Grab is to fill this big information gap. The other motivation is climate change."

Michigan native Emily Elconin photographed two teams that participated in the effort, joining them on Lake Erie and Lake Huron. Here's a look at the how scientists are advancing our understanding of the impacts of climate change on the Great Lakes:

While ice coverage on the Great Lakes has always been highly variable, longitudinal data from NOAA indicate a downturn in winter ice coverage over the last few decades. EPA data shows that the average number of days the lakes are frozen each year has declined across all five Great Lakes since the 1970s.

Estimates presented by the International Joint Commission, an organization created to ensure that the U.S. and Canada work effectively together on Great Lakes issues, indicates that ice coverage on the lakes has declined by 71% between the early 1970s and 2010. Not only is there less ice overall, but the ice that does form isn't as thick and doesn't remain on the lakes as long as it did in previous decades.

Climate change is a key factor driving the reductions in ice coverage. "How the ice forms on the Great Lakes and how long it is out there is very climate-dependent," says Bowling Green State University emeritus biology professor George Bullerjahn. "[Ice levels] are not dependent on temperature as much as climate patterns."