Great Lakes
Grand Haven State Park - 48-acre park with the beautiful sandy shore of Lake Michigan along the west side of the park and the Grand River along the north side of the park. Photo by visitgrandhaven.com) 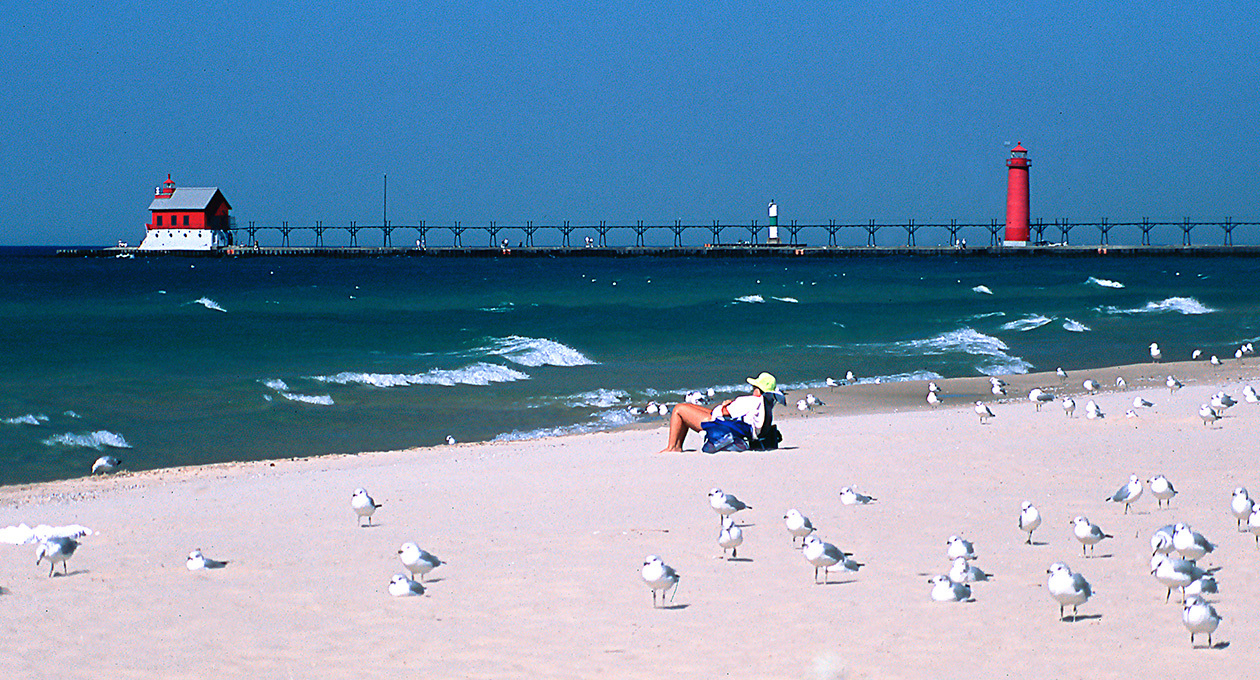 The U.S. Army Corps of Engineers will place 20,000 square feet of fresh sand on the beach of Grand Haven State Park next month.

GRAND HAVEN, MI – Grand Haven beach-goers will be able to enjoy twice as much beach this summer after the completion of a beach nourishment project funded by the federal government.

The U.S. Army Corps of Engineers plans to replenish sand along the beach of Grand Haven State Park next month after finishing an annual maintenance dredging of the channel in Grand Haven, taking clean sand from the harbor and placing it on the shoreline.

The beach nourishment project is meant to protect the state park from erosion by placing freshly dredged sand from the channel onto the beach, said Chris Schropp, Lake Michigan Chief of Construction for the U.S. Army Corps of Engineers.

While there’s currently about 100 feet of sand between the campsite and the waterline, the newly placed sand is expected to double the size of the beach, adding over 200,000 square feet of sand to the beach, he said.

“It will add a lot more beach for people to use, as well as it will protect the state parks infrastructure and camp sites from being eroded,” Schropp said.

Popular beaches along the coast of Lake Michigan have shrunk into the surf over the past year due to erosion from high-water levels, leaving many West Michigan cities considering costly projects to save their beaches.

The city of South Haven is considering more than $16 million worth of work to address shoreline impacts, including up to an estimated $1 million for efforts to keep the beaches in good shape for summer use.