Great Lakes
The bluffs that stand between The Bluffs of Frankfort condominiums and Lake Michigan in Frankfort. Record-Eagle/Mike Krebs 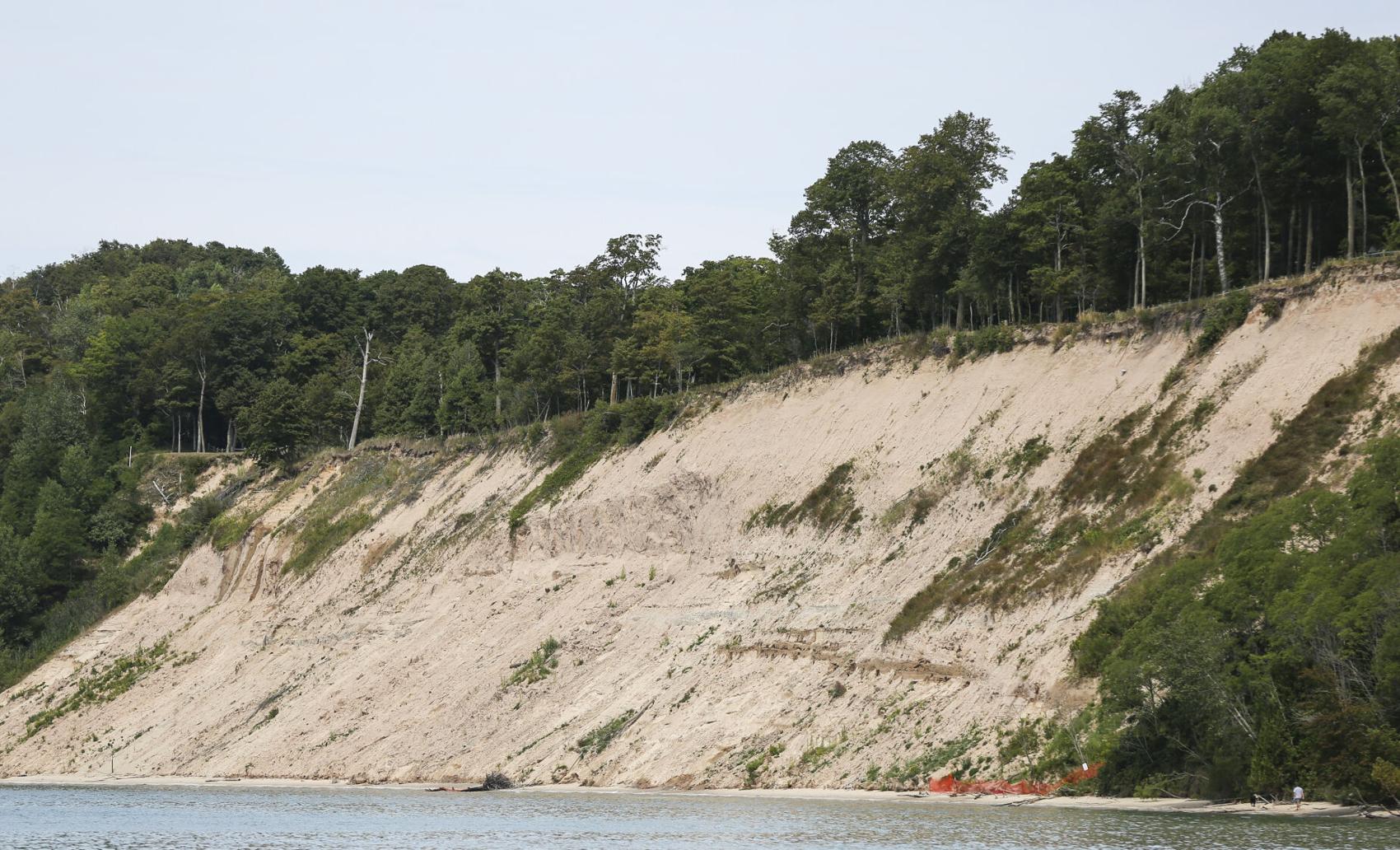 MI - Frankfort residents come out against seawall on public beach

FRANKFORT, MI — After a public outcry a Frankfort condominium association withdrew a request for an easement to build a stone revetment seawall on a city-owned beach.

Now some residents want to make sure the shoreline, which they say is Frankfort's most beautiful natural resource, is not destroyed.

"It would be great if they (city council members) decided that this was not the kind of development Frankfort needs or wants," said Brad Rollings, who lives part-time in a cabin about a half-mile north of the Bluffs of Frankfort condominiums.

"I'm hopeful that this is going to stop and we can get back to normal."

If the Bluffs Association had been given the easement, other nearby associations may have seen that as a green light to do the same, Rollings said.

Urgent construction of the stone revetment — a sloped wall designed to absorb wave energy — was recommended to stabilize the bluff, according to a study done by Baird, an engineering firm hired by the association.

The association is now looking at other options such as moving the condos back, said Bob Tarkington, president. Tarkington spends about half the year in Frankfort, and said about half of the Bluffs' residents are year-round.

The condo development is comprised of four buildings with five units each. Moving them back would require new foundations and lower level construction, roads, utilities and more, according to information from Tarkington.

Costs had been estimated at about $3 million, but are likely going to be much higher than that, Tarkington said.