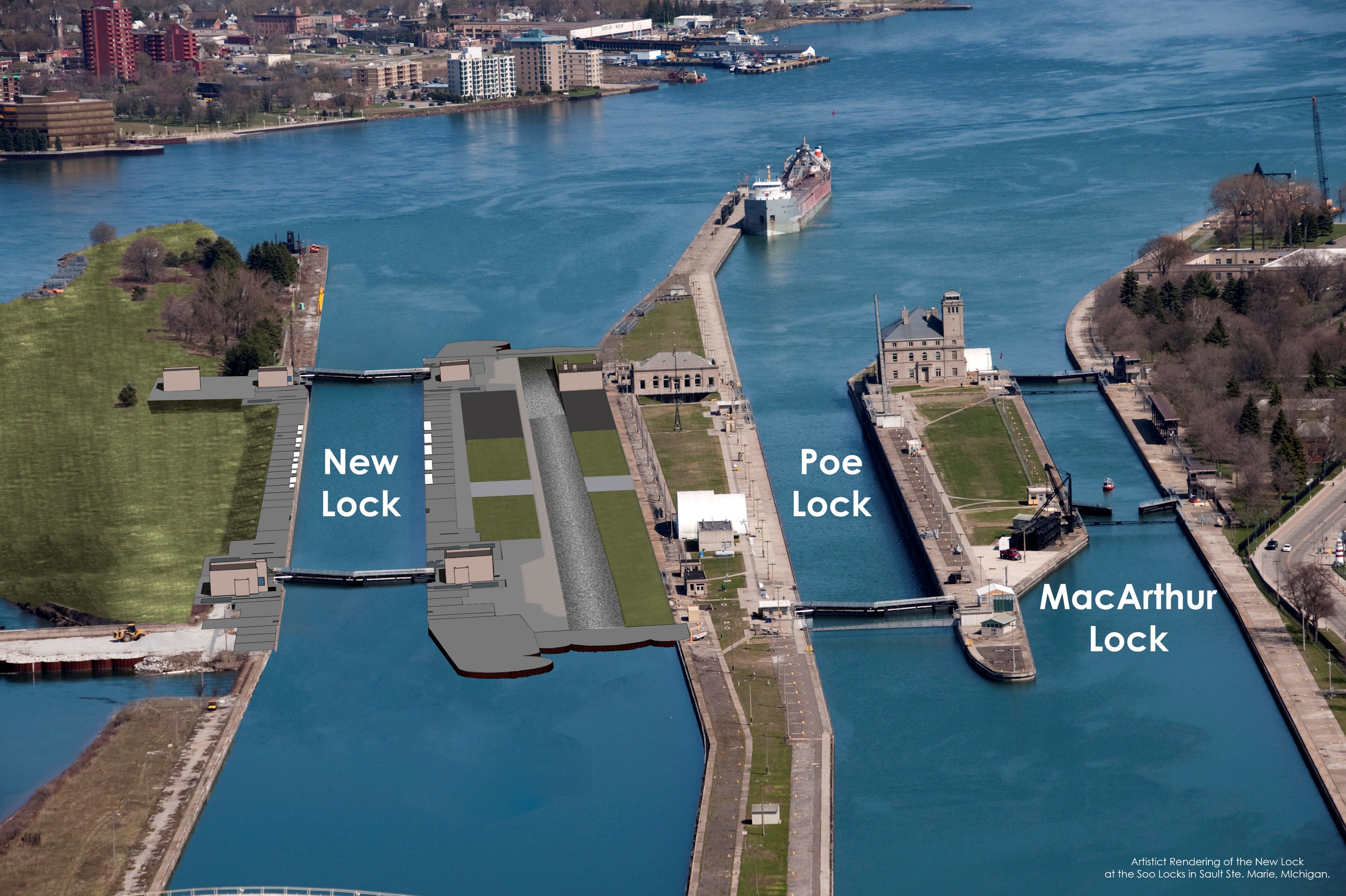 MI - Corps of Engineers awards $1.068 billion of the New Lock at the Soo Phase 3 contract

Kokosing Alberici Traylor, LLC (KAT), a joint venture headquartered in Westerville, Ohio will begin constructing the largest phase, the new lock chamber and rehabilitation of the downstream approach walls. This contract allows the contractor to begin work. With continued funding, the remaining work, valued at $803.95 million may be awarded over the next three years. Corps of Engineers officials expect Phase 3 construction to take seven years.

With Phase 1 nearly complete and Phase 2 scheduled for completion in summer 2024, the third construction phase is a big milestone for the project. A major cost increase led to a five-month contract award delay while the Corps of Engineers developed necessary reports to deliver a new cost estimate for reauthorization to Congress. The cost increase root causes are changing market conditions, inflation, a nationwide labor shortage, design modifications and early estimate assumptions.

The changes in cost since the project’s authorization in America’s Water Infrastructure Act of 2018 are, First Cost changed from $922 million to $2.932 billion, and the Project Fully Funded Cost changed from $1.031 billion to $3.189 billion. The Project First Cost is for project authorization use and calculated in today’s dollars. The Project Fully Funded Cost allows for escalation through the construction mid-point and anticipates what the project will cost.

“We recognize funding a larger amount for the New Lock at the Soo is a challenge that could potentially result in schedule impacts,” said Deputy District Engineer Kevin McDaniels. “The Corps of Engineers is partnering with industry and federal agencies to find collaborative solutions aimed at addressing the cost impacts to Corps of Engineers programs and projects nationwide.”