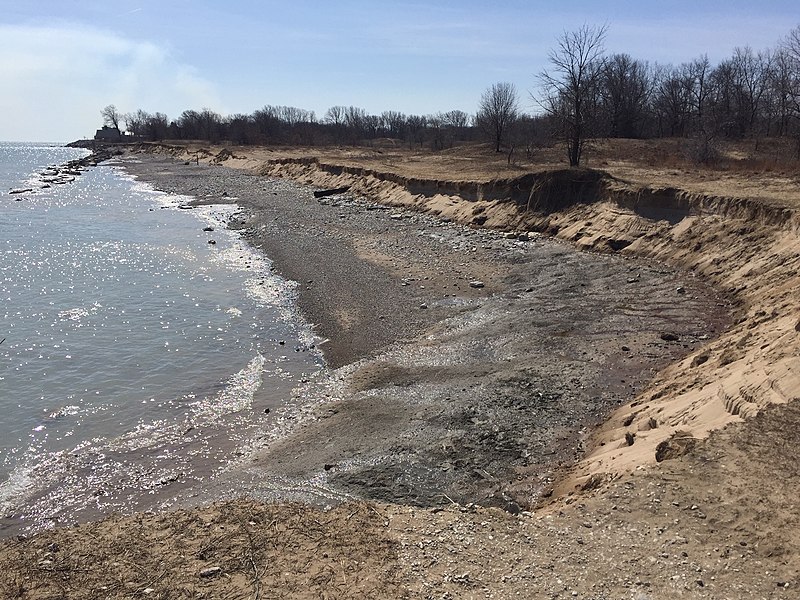 MI - As Lake Michigan Beaches Erode, Millions of Dollars Have Been Poured Into Temporary Solutions

LUDINGTON, Mich. – As the wind whipped across the top of the Big Sable Point lighthouse, one of the most famous and beloved on the Great Lakes, Jim Gallie pointed to the disappearing beach: “It’s been progressively getting worse.”

Every few seconds, a wave slammed into the breakwall protecting the base of the lighthouse, sending a silver splash high into the air, much to the delight of the photographers and young families there to take in the sights.

Hikers and beachcombers who trekked along the shoreline to the remote, historic lighthouse at Ludington State Park once had ample room between the pulsating waves and the metal breakwall.

Now the Michigan Department of Natural Resources is spending $130,000 to recap the seawall and place new stone barriers at its base. The hope is that the reinforcements will slow erosion, save the beach, protect the base of the lighthouse and preserve the low-lying dunes.

“If it wasn’t for that seawall,” said Gallie, the park manager in Ludington, “those dunes would be gone.”

From 112 feet above the beach on the deck of the 1867 lighthouse, the effects of a changing climate and a lake near historically high levels are clear: Increased precipitation, rising temperatures and human development across the Great Lakes basin have changed Lake Michigan and the lives of the millions who live, work and play along the coast in Michigan, Indiana, Illinois and Wisconsin.