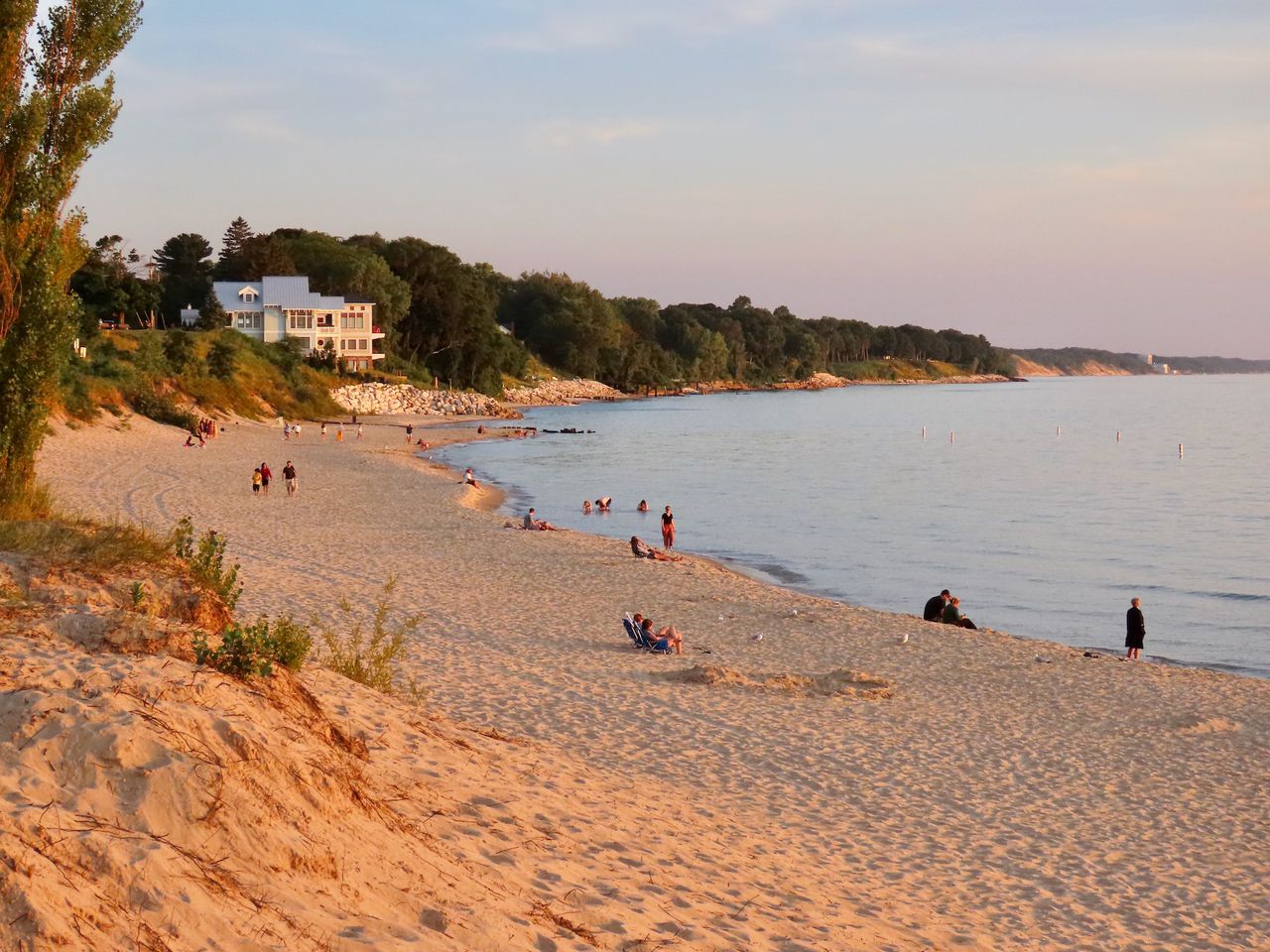 SOUTH HAVEN, MI — Next week, the U.S. Army Corps of Engineers will begin a $281,00 project to dredge sand from the Black River channel in South Haven.

But instead of depositing the 18,000 cubic yards of sand along the adjacent public beach — where the city wants it to go — the Army Corps will instead place it along a 3,500-foot stretch of heavily-armored private shoreline immediately south of the city’s popular South Beach.

The reason, according to the Army Corps, is that the state of Michigan doesn’t want dredged material placed near a drinking water intake — which, in South Haven, is off South Beach. Instead, the sand is being put on the nearest shoreline south of the public beach, the Army Corps said.

“The state won’t allow us to place that (material) in the area of the public beach because of the proximity to the South Haven water plant and water intakes,” said Christopher Scropp, an Army Corps civil engineer in the Grand Haven office.

“They’re real touchy about any contamination of drinking water that could occur,” he said.

However, the state has a slightly different story.

According to the Michigan Department of Environment, Great Lakes and Energy (EGLE), the Army Corps asked to place the dredged sand along private shoreline between Chippewa Court and Chesnut Street in 2019 when it applied for a state water quality certification for the work.

But, several days ago, the Army Corps requested that certification be amended to allow the sand to be placed at South Beach, EGLE said. The state is still reviewing the request.

“They are asking us if we would accept sediment data from 2013 to justify our decision to amend the certification, if we were to do so,” said Matt Smar, a federal consistency specialist with EGLE’s water resources division.

“That question is not yet resolved.”

The water intake concern? “I have not heard that,” Smar said.

In the middle are frustrated city officials. Last year, South Haven asked the Army Corps for $300,000 in “beach nourishment” assistance to put 30,000 cubic yards of sand along South Beach. The sand would replace losses from high water-driven erosion and help protect the city’s water treatment plant and reservoir under beach from the whims of Lake Michigan.