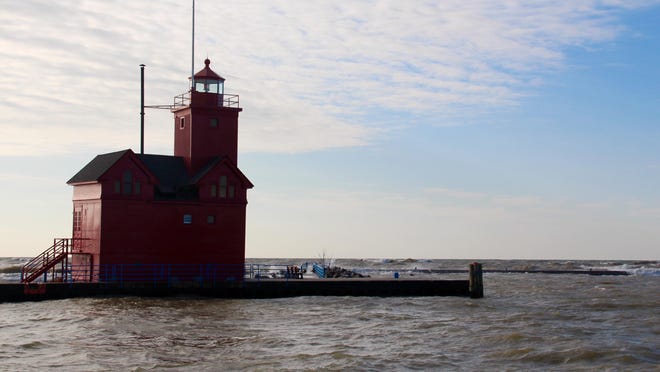 DETROIT — Lake Michigan appears to have hit its seasonal low for 2021 and lake levels are expected to begin their seasonal rise, according to the latest report from the U.S. Army Corps of Engineers, which tracks and forecasts Great Lakes water levels.

Lakes Michigan and Huron, treated as one body of water in the Army Corps' measurements and analysis, are about 1 foot below their record-breaking level last year of 581.63 feet, and about 2 feet above average water level for the last century.

The Army Corps reported Lake Michigan-Huron did not rise at all during the month of March, when it usually rises an average of 2 inches.

The latest six-month projections for Lake Michigan-Huron from the Army Corps show lake levels remaining about 2 feet above average through the lake's seasonal rise, peaking in July.

Though the lake is not expected to reach 2020's highs, the Army Corps is still warning of the potential for erosion and shoreline damage this season.

"There continues to be an increased risk of shoreline erosion, lakeshore flooding and coastal damages," reads the Army Corps' report.

"The International Lake Superior Board of Control (Board) advises all those that may be affected to prepare for potentially severe coastal impacts, especially during periods of strong winds and high waves."