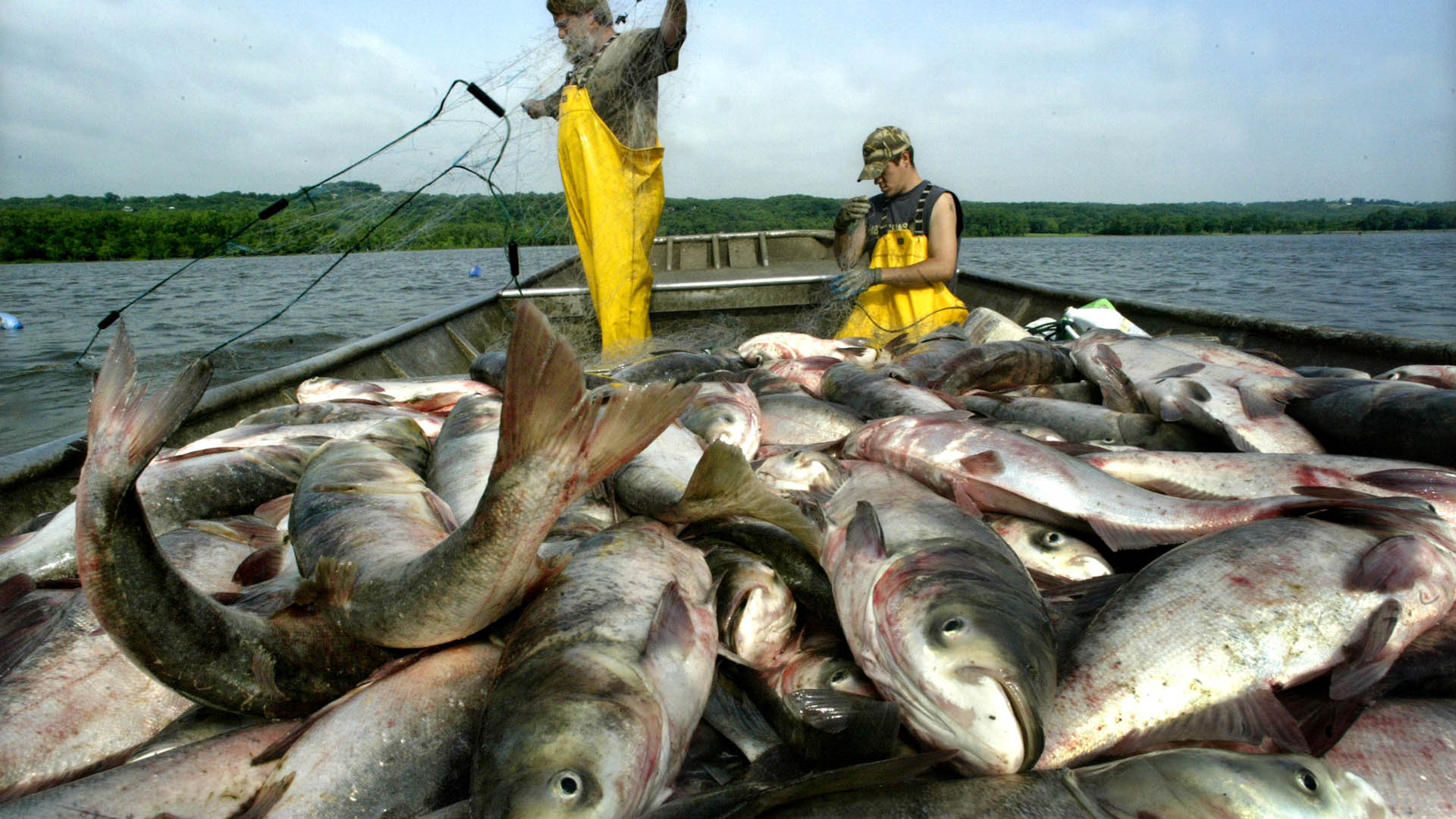 The U.S. Army Corps of Engineers has proposed a $778 million reconfiguration of the Brandon Road Lock & Dam to install a fish-deterrence system that includes an electric barrier, bubble barrier, acoustic deterrents and flushing lock.

LANSING, MI — The Michigan Legislature has restored funding to help pay for early work on a gauntlet project meant to stop invasive Asian carp from reaching the Great Lakes.

Restoration of $8 million pledged to the project in Illinois was approved by the House and Senate in an unemployment and flood relief spending package passed this week, which now heads to Gov. Gretchen Whitmer for a signature.

Whitmer axed the funding in March amid mounting budgetary concerns related to the novel coronavirus pandemic.

The money is meant to cover most of Illinois’ portion of $10 million in pre-construction engineering work to upgrade the Brandon Road Lock & Dam on the Des Plaines River in Joliet, a chokepoint in the Chicago Area Waterway System where a gauntlet of fortifications are being planned to stop invasive silver and bighead carp from reaching Lake Michigan.

Conservation groups worried about the disruptive impact the fish could have on sport fishing and recreational boating in the Great Lakes lobbied for the funding restoration.

“We thank the Michigan Legislature for restoring this investment in our fisheries, economy, and way of life. We strongly encourage Gov. Whitmer to sign it immediately,” said a coalition of conservation groups that includes Ducks Unlimited, the Isaak Walton League, Michigan United Conservation Clubs, the National Wildlife Federation, Trout Unlimited and others.

The U.S. Army Corps of Engineers has proposed a $778 million reconfiguration of the Brandon Road Lock & Dam to install a fish-deterrence system that includes an electric barrier, bubble barrier, acoustic deterrents and flushing lock. The upgrades are meant to reduce the chances invasive carp could slip through while still allowing barge shipping traffic.