International
Members of the Mangrove Fisherwomen Cooperative in Oaxaca’s Zapotalito community manually dredge the canal that connects Pastoría Lagoon with the Palmarito Lagoon. The exchange of waters between the two lagoons can help increase oxygen levels in Pastoría. 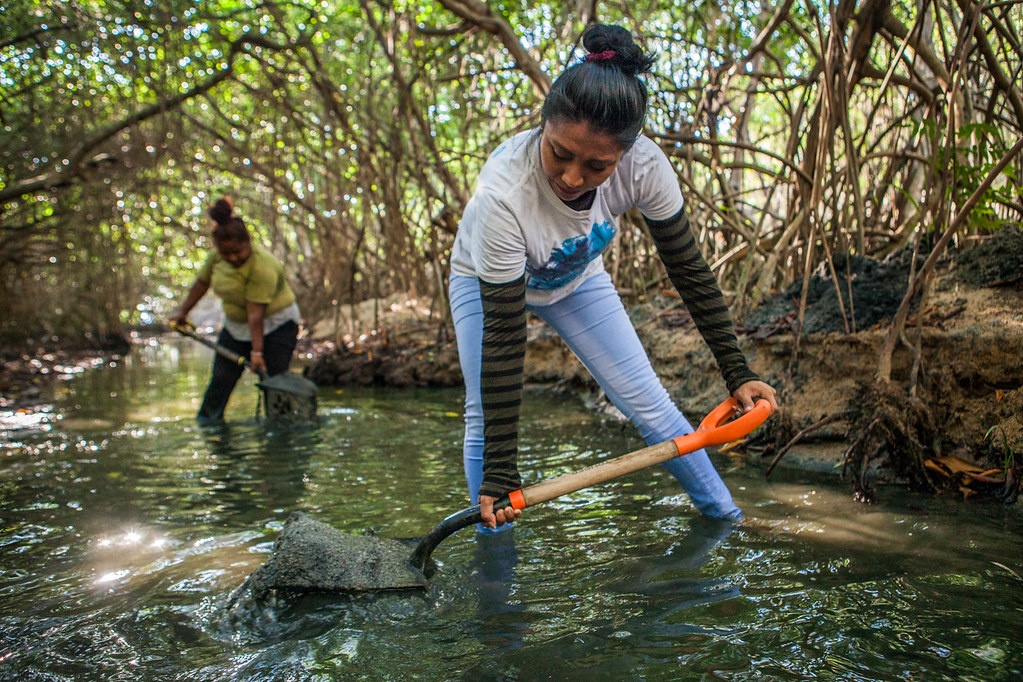 Local women are restoring an ecologically important lagoon that provides for their livelihood in Oaxaca's Zapotalito community.

In the Mexican state of Oaxaca, the Pastoría Lagoon once provided food and income to thousands of fishermen and women who looked to the waters for fish, prawns, and mussels. But in the last few decades, the lagoon’s health has deteriorated. Species have died out or migrated away. Many of the families who depended on the lagoon have also left.

“Here in our lagoon, we do not have fish anymore,” says Cirila Martínez, a fisher from the community of Zapotalito. “We had a huge amount of prawns but now they are difficult to find, and the mussels are not edible.”

Martínez belongs to a group called the Mangrove Fisherwomen Cooperative, founded in 2016 by 20 women dedicated to gender equality in the fishing industry. According to the Food and Agriculture Organization, women make up nearly 20 percent of the global fishing sector, though their contribution is largely overlooked. In Mexico, 12 percent of fishers are women, according to the National Institute of Statistics and Geography.

In Zapotalito, some women, like Cristina Arellanes — president of the cooperative — used to fish with their husbands. However, many men have left the community to find work elsewhere, forcing the women to continue their activities on their own or find a different source of income. Now, these women are taking it upon themselves to look out for their lagoon — and restore the ecosystem that provides their livelihood.

The Pastoría Lagoon is part of the coastal lagoon complex known as Chacahua, which was designated a Ramsar site by UNESCO’s Convention on Wetlands in 2008.