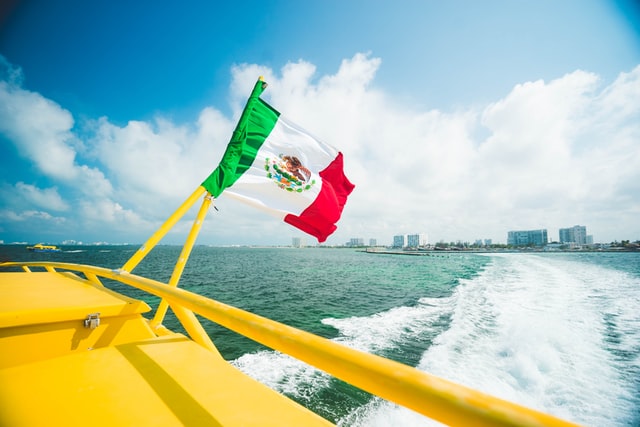 The governor of Mexico’s resort-studded Caribbean coast said Thursday his state is at “imminent risk” of returning to lockdown as coronavirus cases there rose steadily.

Gov. Carlos Joaquín said the state of Quintana Roo, home to resorts like Cancún, Cozumel and Tulum, has seen five weeks of increases in cases. Joaquín suggested that increased tourism around Easter played a role in the rise. Anecdotal evidence suggests tourists are attracted to Mexico's Caribbean resorts in part because there has been no lockdown and sanitary measures are largely voluntary. Many visitors shed their masks when they reach their hotels or beach clubs. “We knew that there were large risks during Easter week, that there could be a greater number of infections. Unfortunately, that came to pass,” Joaquín said.

Rates in most of the rest of Mexico have been declining, but Quintana Roo depends on tourism for 87% of its economic activity, and has instituted no travel bans or testing requirements.

Mexico has never enforced a strict, European-style lockdown, but the state currently restricts some businesses like hotels and restaurants to operating at reduced capacity.

At the highest level of alert, which the state has not reached yet, many non-essential businesses would be required to shut down entirely. Joaquín said the state still has plenty of hospital beds available; hospital occupancy rates are one of the criteria used to determine whether to order business closures.

The state has suffered 2,677 COVID-19 deaths to date, and almost 25,000 test-confirmed cases. However, because Mexico does so little testing, that is clearly an undercount. Only about 226,000 of the state’s 1.8 million people have been vaccinated.

In late March, the state's acting police chief patrolled the streets of the resort of Tulum, reminding people to wear their masks and complaining about how few people did.