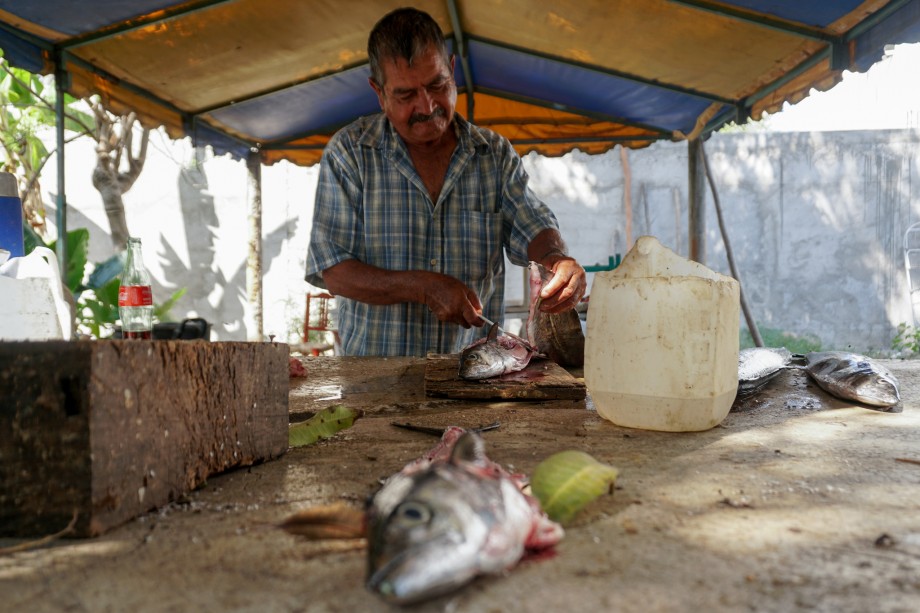 SAN FRANCISCO, MEXICO — Juan Flores says he was the first fisherman in San Francisco, a tiny coastal town in the western state of Nayarit. Back then, in the 1970s, he paddled into the Pacific Ocean in a small, canoe-like boat called a cayuco and snared fish one by one with a “handline” technique, laying only a hook-tipped rope in the water.

A generation of handline fishermen followed Flores, who remains lean and agile. At 77, he still fishes daily, from early morning to sunset. He still uses just a rope and hook as he slices through the shallows that hug the mountainous coast, guided by experience and instinct.

But so much else has changed.

San Francisco, whose population is roughly 1,400, is now part of the so-called Riviera Nayarit, which has morphed into an international tourist destination. And commercial vessels with huge nets have allegedly depleted the region’s fish population and muscled out handline anglers, whose way of life once defined the culture and identity of Mexico’s western coast.

In the past, a small-scale fisherman’s daily take might have come to half a ton (about 453 kilograms). Today, the fishermen say, they catch a sliver of that total.

“Before, we didn’t have the devices for locating the fish,” says Flores’ brother, Florentino Padilla. “But we went to certain places we knew, and we were sure to find [them].”