International
Masses of rotting seaweed blanket the Fundadores Park beach in Mexico’s Playa del Carmen region on July 4, 2021. Called sargassum, the macroalgae is washing up on Caribbean beaches every spring and summer, bringing ecological problems and hurting the tourism economy. PHOTOGRAPH BY EYEPIX/NURPHOTO/AP 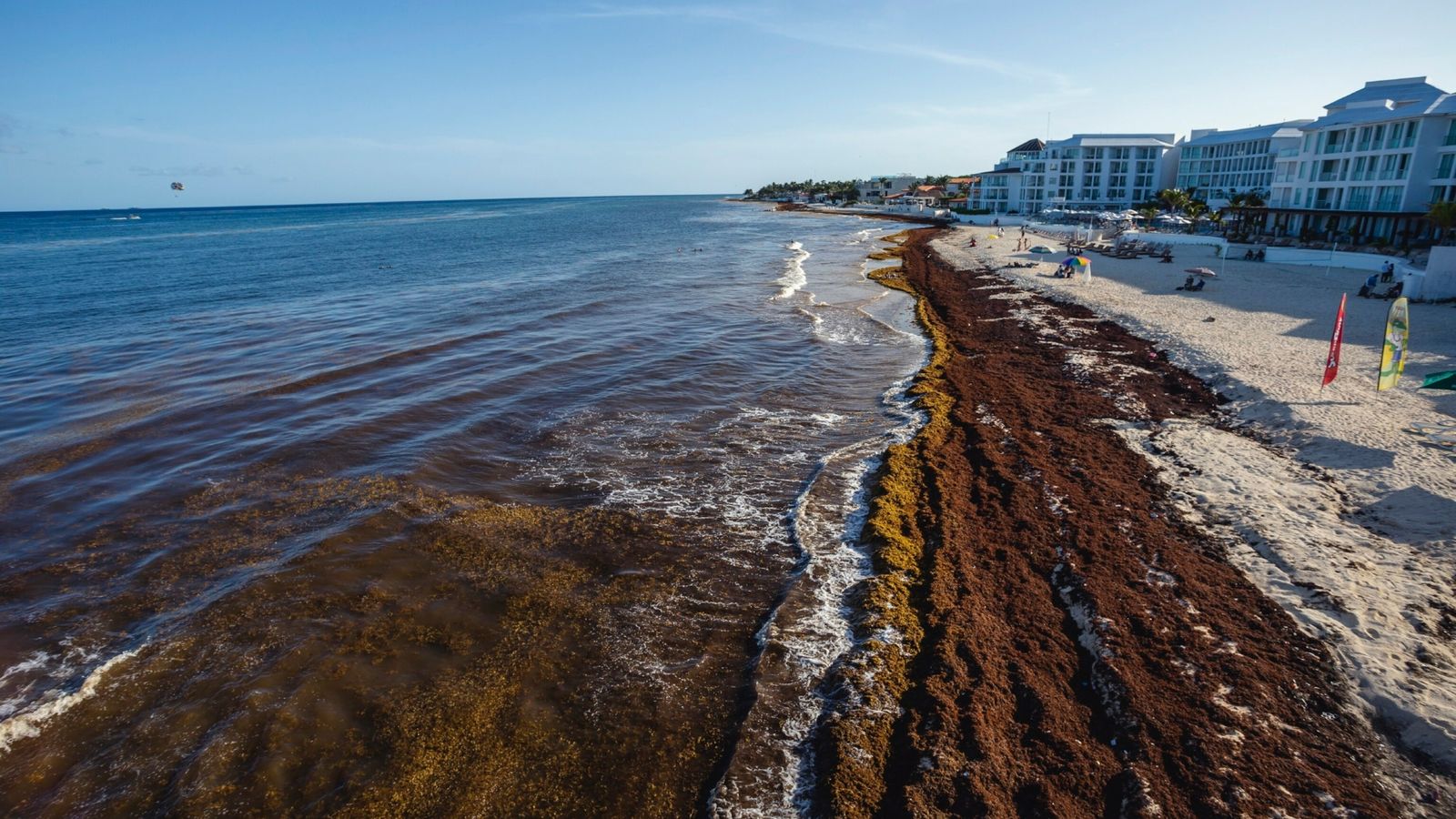 MEX - Can science solve the seaweed problem on Mexican beaches?

A macroalgae called sargassum is spoiling coastlines from Cancún to Tulum. Here’s how researchers and resorts are combating the noxious bloom.

With their palm tree-fringed stretches of golden sand meeting clear blue sea, the beaches of Caribbean Mexico are known for being postcard-pretty. But now, in the spring and summer, the Yucatán coastline between Cancún and Tulum is clogged with mountains of seaweed, fouling the beach with a sulphurous scent of decay and making the water nearly unswimmable.

This macroalgae is called sargassum, and it’s causing trouble in paradise.

The algae’s growth is cyclical and even beneficial in normal amounts. Usually the seaweed blooms and stays out in the ocean, providing a floating habitat for fish, shrimp, eels, turtles, and birds. “This is a critical habitat—it’s often called the ocean’s ‘golden forest’” says Chuanmin Hu, a professor of Optical Oceanography at the University of South Florida.

But the seaweed now comprises the world’s largest algae bloom—and isn’t staying out in the ocean. Since 2011, vast quantities have washed up on Caribbean coastlines, from the Lesser Antilles to Mexico’s Yucatán peninsula. In the open ocean, massive rafts of it keep sunlight from reaching coral reefs; as it decays, the seaweed releases compounds that harm marine life. The problem is sprawling: scientists using NASA satellite data recently clocked the floating seaweed belt at 5,549 miles long.

Once on shore, sargassum piles prevent sea turtles from laying eggs and reaching the ocean. Plus, it stinks, causing headaches and nausea among beachgoers.

Scientists chalk the explosive growth up to increased runoff of agricultural inputs and sewagefrom the Amazon River in Brazil as well as warming water temperatures and upwelling in the eastern Atlantic Ocean.