International
via Coast Guard of Italy 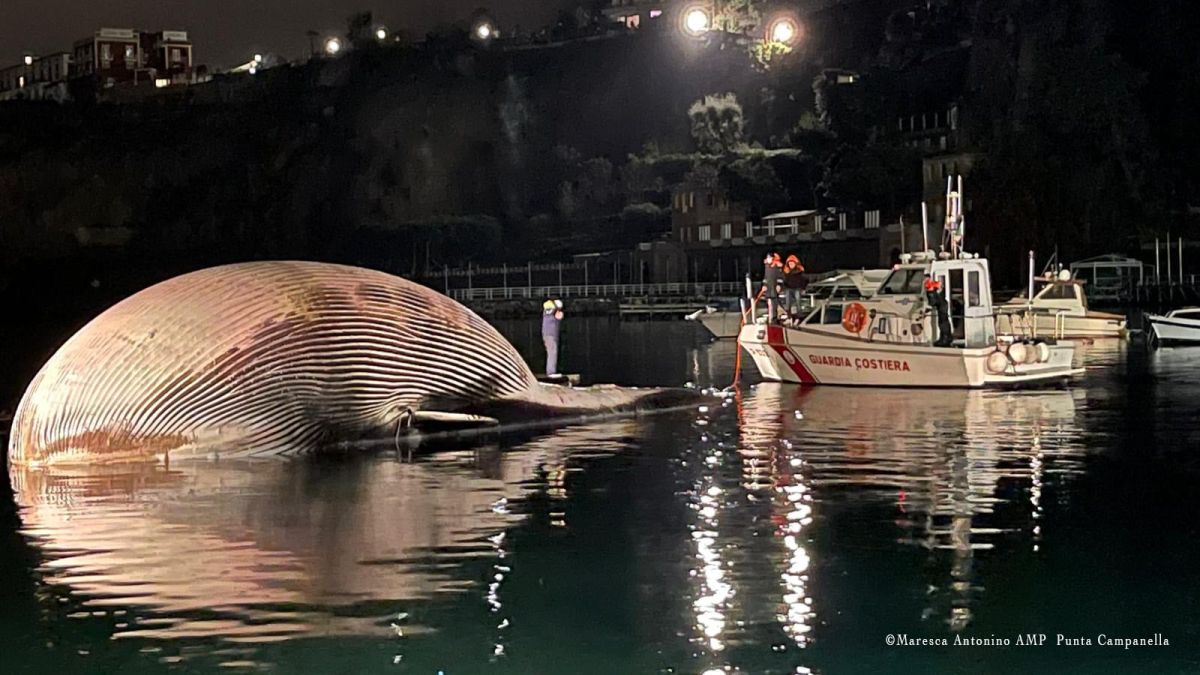 Finback whales are the second-largest animal species on Earth. They are considered endangered.

The carcass of an enormous finback whale (Balaenoptera physalus) was discovered near the Italian port of Sorrento earlier this week, the Italian Coast Guard said in a Facebook post.

Officials discovered the carcass on Sunday (Jan. 17), before towing it to the nearby port at Naples. The whale measured about 65 feet (20 meters) long and likely weighed more than 77 tons (70 metric tons) — likely making the corpse "one of the largest" ever found in the Mediterranean Sea, according to the agency.

Coast Guard divers first discovered the whale after a young calf swam into the Sorrento harbor in a state of distress, according to news reports. The calf reportedly rammed its head into the harbor walls several times before retreating back underwater; when divers followed it, they discovered the fin whale's corpse.

The calf is presumed to be the dead whale's offspring, and the Coast Guard is monitoring for signs of the young whale's return. Meanwhile, marine biologists in Naples are working to ascertain what killed the whale.