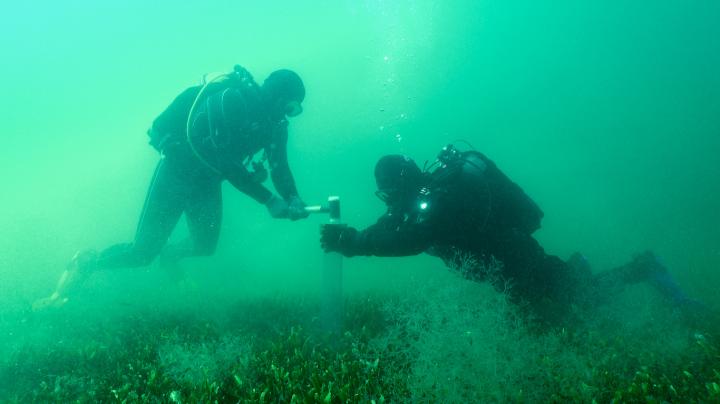 Researchers from the ICTA-UAB and the UPCT will analyze the entry routes of nutrients, trace metals and pollutants caused by human activity into the Mar Menor

A scientific project led by the Institute of Environmental Science and Technology of the Universitat Autònoma de Barcelona (ICTA-UAB) and the Universidad Politécnica de Cartagena (UPCT) will study the major pathways delivering nutrients, trace metals and pollutants originated from human activity into coastal lagoons of the Mediterranean. It will use the analysis of the Mar Menor (Spain) as a model, the largest coastal lagoon in the Iberian Peninsula and one of the most ecologically degraded.

Coastal lagoons are habitats with high biological productivity, supporting rich ecosystems and providing goods and services for coastal communities. The Mediterranean basin hosts around 400 coastal lagoons, covering an area of more than 641,000 ha. Some of them have been used since ancient times for fishing activities and are part of the cultural heritage of the regions. However, the increased human stress on lagoonal resources has negatively impacted these ecosystems. The intensive exploitation of the soil and biological and hydrological resources has led to aquatic and marine pollution and loss of habitats, among other severe impacts, researchers warn.

The project "Origin and Pathways of Anthropogenic solutes into coastal Lagoons: groundwater, sediments and episodic events" (OPAL) aims to analyze an abundant number of substances present in the water (nitrate, lead, mercury, stable isotopes, pesticides, etc.), their origin and the major pathways into the Mar Menor. "Human pressure on coastal lagoons increases the presence of nutrients and pollutants, which are mainly originated from untreated domestic or industrial sewage and the use of fertilizers for agriculture in the surrounding watersheds", explains Marisol Manzano, from External Geodynamics Area of the UPCT.