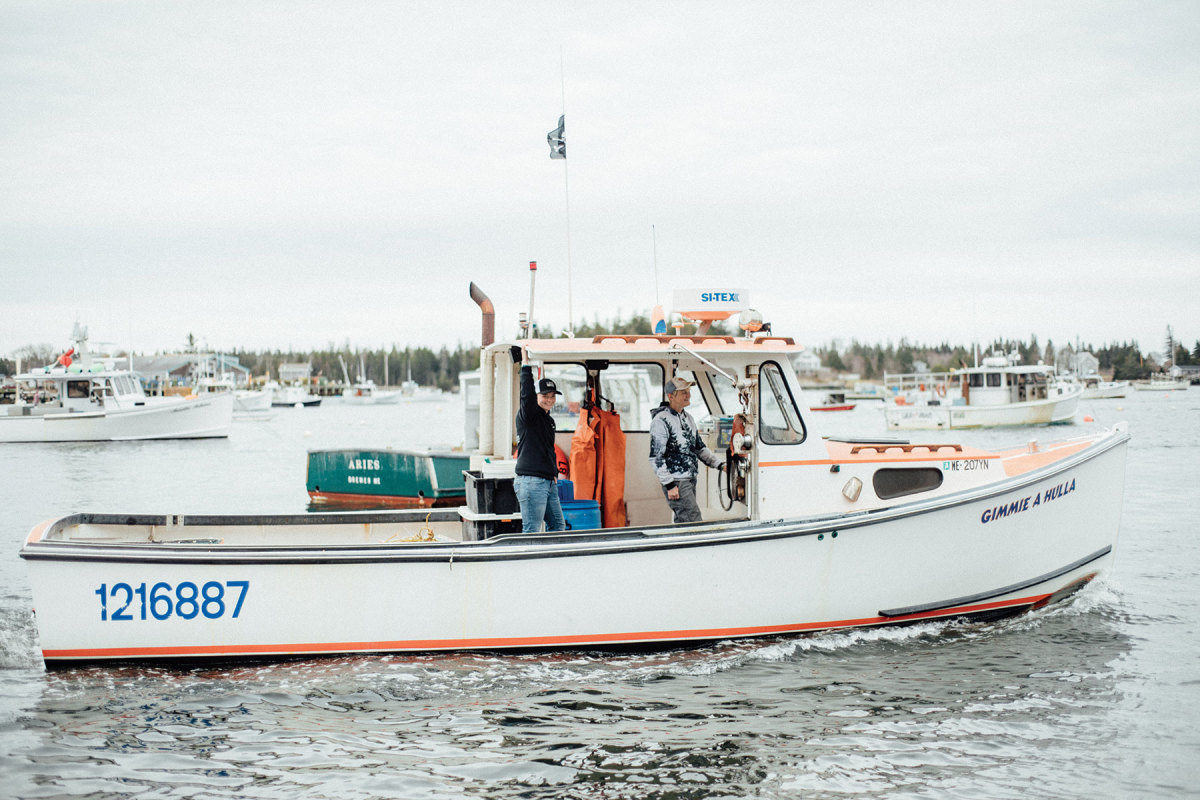 ME - Who Gets to Use Our Oceans?

Kristen Porter fishes commercially for lobster and scallops from his 42-foot Wesmac out of Cutler, Maine. For years now he has had a device on his boat—$3,100 out of his pocket to install it, plus another $60 a month for service—so regulators can track him and make sure he’s operating lawfully in scallop fisheries.

“It’s burdensome,” says Porter, who is president of the Maine Lobstermen’s Association. “You have to log in before you leave the harbor. If you forget and remember halfway out, you have to call and try to find somebody to help, or you have to go back and start over.”

Now, Porter and other commercial fishermen may be required to get another tracking device, this time for lobster fishing. In early August, the Atlantic States Marine Fisheries Commission announced that it’s considering a plan to require electronic tracking devices on federally permitted vessels that operate in American lobster and Jonah crab fisheries.

By collecting data about where the fishing boats are, the commission says, it can understand more about the shifting locations and conditions of the fisheries, determine whether fishermen in those areas are posing a risk to endangered North Atlantic right whales, and help to reduce conflicts with aquaculture and wind-farm developers.

“It’s a double-edged sword,” Porter says. “Big Brother knows where you are. On the other hand, when some big corporation comes in and says, ‘We want to put windmills here,’ we can say ‘we fish there’ until our faces are blue, so this data will be good in that respect.”

Having that data is necessary nowadays because marine spatial planning is kicking into overdrive. It’s the ocean-based version of land-use planning, which dates back to the early 1900s, when “planning” became a standardized profession in the United States. Planners sat around tables and made choices that led to the placement of everything from parks to commercial districts. Now, as planners make similar choices about how our oceans will be used, decisions are being made that will affect us for generations to come.

Much of the current effort to create coordinated planning for use of our oceans started in 2010, when President Obama issued an executive order that called for the development of “coastal and marine spatial plans.” The idea is to figure out where to put things like aquaculture and wind farms without harming other things such as fisheries.