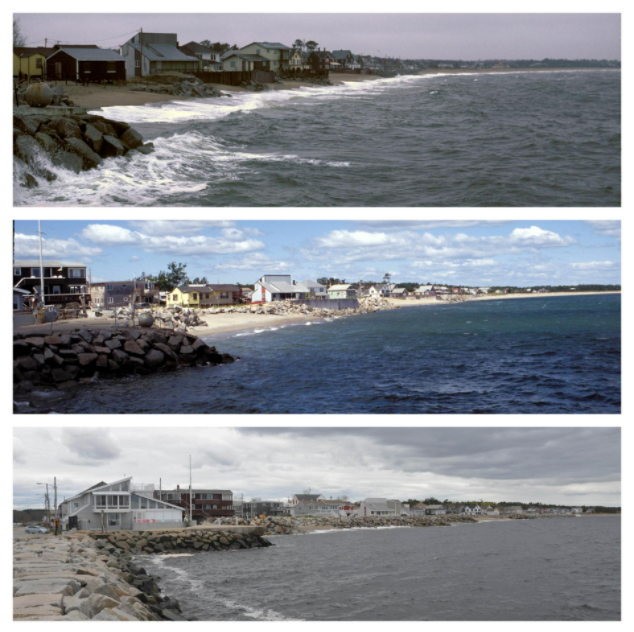 SACO - Every year since 1982, Joseph Kelley captured photos of the fastest deteriorating portion of Maine’s coast, located in Camp Ellis, for use in his work as a state marine geologist, and research and teaching at the University of Maine.

Later this fall, the public will have the opportunity to view decades of geologic transformation captured in the images taken of the Saco-area shoreline, as well as thousands of others depicting dramatic changes in Maine’s coastal vistas.

The professor emeritus partnered with the Maine Geological Survey to archive 8,000 of his landscape images, most of which depict the coast, in an online database on the state agency’s website. Users will have access to photos capturing vistas at particular moments in history and time series collections featuring the shifting geology of certain places over time.

The coast of Maine always changes, and every photograph of it captures an iteration no one will witness again, says Kelley, who retired from UMaine Sept. 1.

Research Kelley conducted in the last 38 years, including studies of the response of developed and pristine shorelines to sea-level change, provided ample opportunities to take photographs. His collection features photos taken from the ground and some from the air highlighting the geology of locations such as Silsby Plain in Aurora, Jasper Beach in Machiasport and Sand Beach in Acadia National Park.

“It’s one thing to be on the ground and see erosion happening, but it’s really nice to be able to be above it all and look down to get the context of everything,” he says. “I’ve flown up and down the coast many, many times.”