Northeast
COURTESY / UNIVERSITY OF MAINE Researchers hypothesize that climate-induced ecosystem changes, along with the adverse effects of stressfully warm summer temperatures, have caused a decline in the survival of larval lobster that results in smaller harvests. 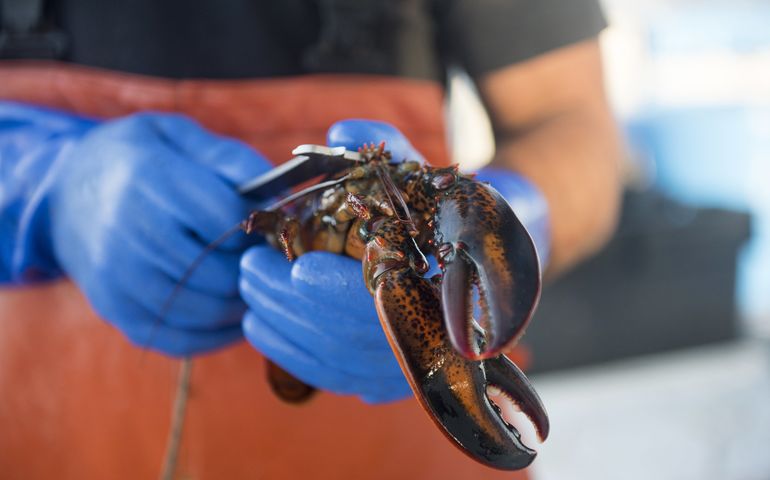 A new study led by the University of Maine will focus on the impact of warming Arctic waters on lobster populations in the Atlantic Ocean.

The study is expected to produce forecasts and scenario analysis tools that could provide information for fishermen and other stakeholders in the fishing industry, which netted $725 million in 2021 in Maine alone, according to Maine’s Department of Marine Resources.

The study is backed by a $3 million award from the National Science Foundation’s Navigating the New Arctic Program.

Richard Wahle, director of the university’s Lobster Institute and professor in the School of Marine Sciences, is spearheading the project, joined by 18 other researchers from UMaine, the Gulf of Maine Research Institute, Columbia University, Florida State University and Memorial University of Newfoundland.

Wahle has been conducting lobster and other marine science-related research in the Gulf of Maine since the late 1980s. In 1989, Wahle founded the American Lobster Settlement Index, a scientist-industry collaborative that monitors the annual pulse of juvenile lobsters that settle in coastal nurseries at over 80 sampling sites from Rhode Island to Atlantic Canada. He joined UMaine faculty in 2009 after 15 years as a research scientist at Bigelow Laboratory for Ocean Sciences. He became director of the Lobster Institute in 2018.

Building on long-standing partnerships with the fishing industry, government and academic organizations, the team will investigate how climate-induced change in the Arctic alters the lobster population and its distribution from coastal Rhode Island to Newfoundland.

The team will investigate the influence of past and future climate and management scenarios on various physical, biological and socio-economic conditions at different scales.

The results could help improve models for lobster population distribution forecasts, as well an understanding of the economic dependence of coastal communities on the fishery and their vulnerability to change. Researchers said new data on Arctic ice melt will give the team unprecedented lead time to anticipate ocean ecosystem changes that influence the abundance of lobster and its distribution.

“The project is well-timed to meet the urgent need to understand the increasingly apparent links between a rapidly warming Arctic and the rapid ecosystem changes in the Gulf of Maine, the Gulf of St. Lawrence, their fisheries and communities that, in some cases, are perilously reliant on the American lobster,” Wahle said in a news release.

Other UMaine faculty involved in the study include Heather Leslie, professor of marine sciences and director of the Darling Marine Center, and several associate professors in other departments. Additional support is provided by Chris Cash, assistant director of the Lobster Institute, and Natalie Springuel, Marine Extension program leader. The project also includes four postdoctoral fellows and two graduate students.

Arctic warming poses several threats to the world’s oceans. Melting glaciers, icebergs and ice sheets are increasing sea levels and altering ocean circulation, a crucial driver of heat movement around the globe that, when disrupted, can increase or decrease water temperatures and cause unpredictable weather and climatic changes. Additionally, thawing permafrost in the Arctic is releasing more carbon into the atmosphere.