Northeast
Mike Dawson, shown in waters off Maine earlier this year, says this is the worst downturn he has seen in the industry in his 40 years as a lobsterman. Photograph by Greta Rybus 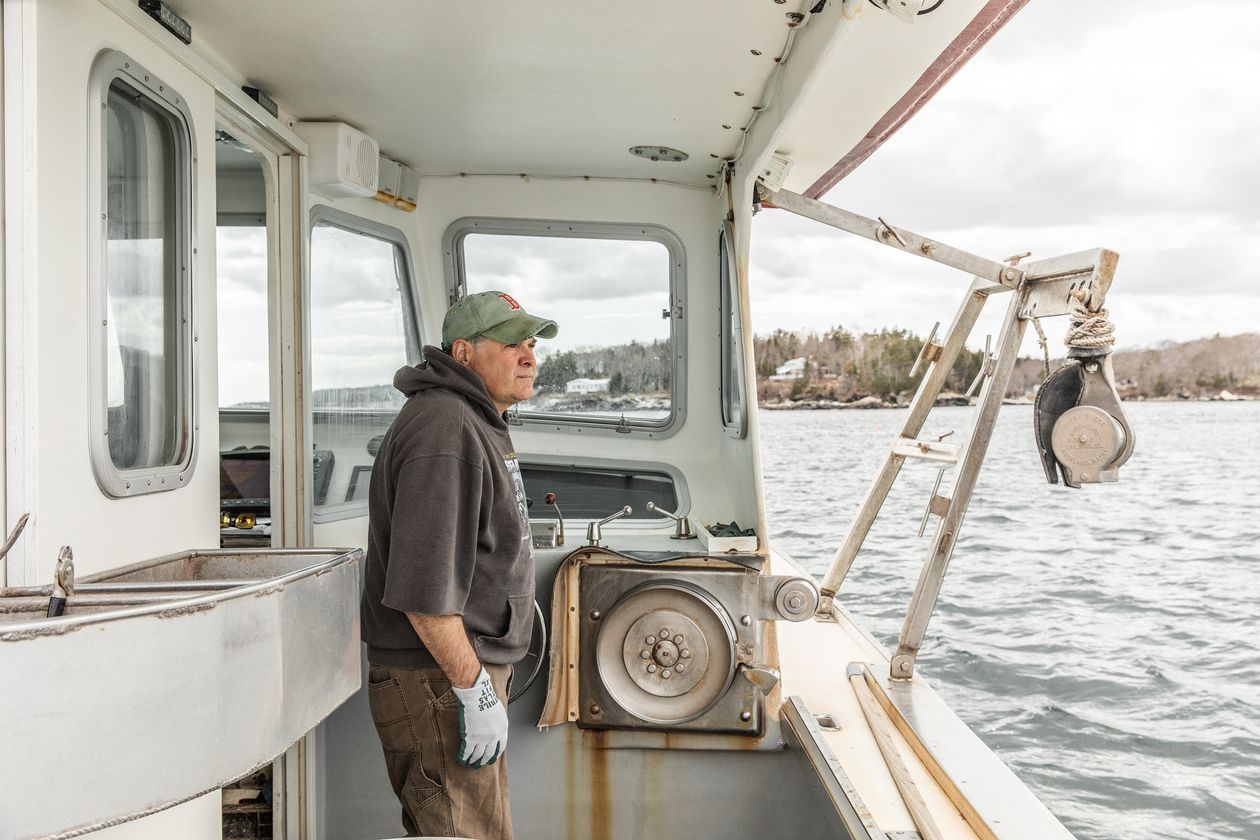 ME - ‘There Are No Bright Spots.’ A Maine Lobsterman Talks of His and His Industry’s Struggles.

There are near-term and long-term weights hanging over the lobster industry, leaving lobsterman Mike Dawson and many others like him saddled with uncertainty and stress.

The price of lobster has stagnated as restaurants nationwide operate at limited capacity and foreign markets essentially closed. Dawson said he’s getting $2.60 a pound for soft-shell, or new, lobster and $3.60 a pound for hard-shell lobster, which are more mature and have more meat. That’s roughly half the rate lobster would normally fetch at this time of year, Dawson says. The price will remain split between soft- and hard-shelled lobster until October, when the lower, soft-shell price will prevail.

In addition to the gutted demand amid the coronavirus pandemic, Maine lobstermen are facing potential changes to their gear and the fishing industry in general after an April ruling from the U.S. District Court for the District of Columbia. That ruling said the National Marine Fisheries Service violated the Endangered Species Act by failing to report the lobster industry’s harmful impact on the North Atlantic right whale. The case will now move into a second phase that will allow the lobster industry to offer its perspective as the judge considers new whale protections so the industry complies with federal law.

“There are no bright spots in fishing. Between Covid and the whale regulations, there is no good news,” Dawson says. “Covid is a current short-term blip. The whale rules have the potential to alter the fishery long-term.”