Northeast
A public parking lot near the Camp Ellis jetty in Saco. The area has lost dozens of houses to storms over the years and is frequently the site of some of the worst flooding in the state. Photo by Alex MacLean. 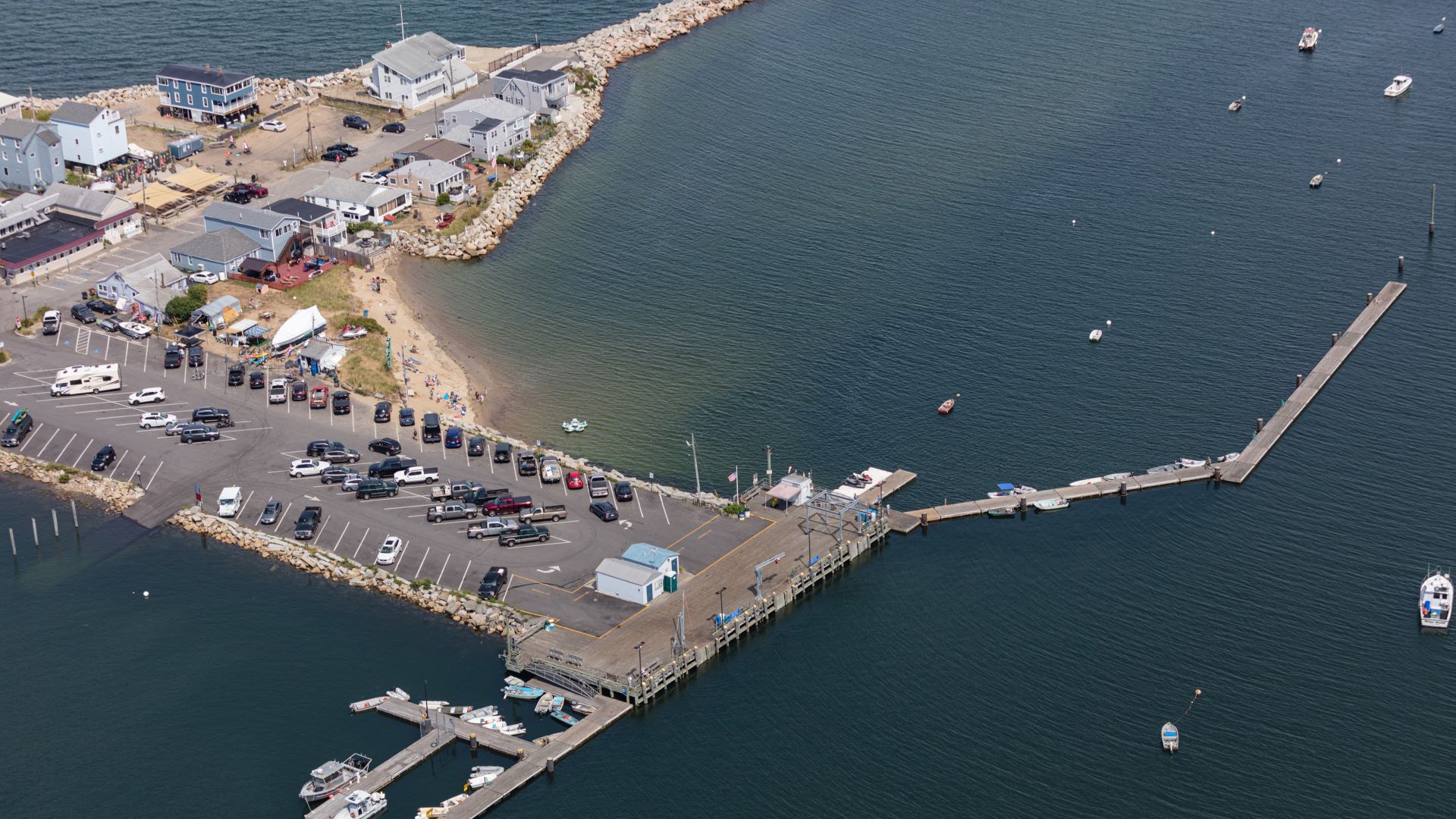 Millions of dollars, for projects large and small, will flow to each of Maine's counties in 2023 from state and federal coffers.

Yes, 2022 was the year that politicians in Washington and Augusta responded to the mounting climate crisis by pumping hundreds of millions of dollars into mitigating the impacts of rising seas and the warming planet. In Maine, the money went to everything from farming to forestry, as The Maine Monitor and others highlighted damage from climate change, “forever chemicals,” and other pressing environmental problems.

The money came from a variety of sources, for projects large and small, scattered across all 16 counties. More than $250 million for Maine projects (not all of it climate or environmental related) came in the form of earmarks in the $1.7 trillion federal spending bill passed in December.

On the energy and environmental side, research and training won big in the federal spending bill, particularly for programs aimed at training technicians for the jobs of the future, from maintaining offshore wind turbines to repairing electric cars.

Southern Maine Community College was awarded $750,000 to add more trainees to its Electric Vehicle Repair Certification program, while $2.75 million was set aside for Northern Maine Community College in Presque Isle and Maine Maritime Academy in Castine to develop an offshore wind turbine technician training program. It’s the first internationally certified training provider in the wind power industry in the Northeast.

The omnibus bill also included $3 million to establish a PFAS Research Center at the University of Maine, and an additional $4 million to help the school establish a system for tracking tick-borne illnesses and conduct public health outreach around tick-borne illnesses in rural communities. Climate change and rising temperatures are partially to blame for an explosion of tick-related illnesses in recent years, with reports of Lyme disease increasing twenty-fold between 2000 and 2016, according to the Center for Public Integrity.

The Maine Mineral and Gem Museum was awarded $725,000 to upgrade lab equipment for lithium and geological research, a nod to the recent discovery, first reported in The Maine Monitor last fall, of what appears to be the world’s richest untapped reserves of lithium, a mineral essential for building large batteries and other renewable energy technology.

Fish passage and marsh restoration efforts received tens of millions of dollars in funding at both the state and federal levels. The Maine Natural Resource Conservation Program announced in early December that it had awarded more than $5.7 million for 24 projects aimed at restoring, enhancing or protecting 400 acres of wetlands around the state from development.

“This funding round included projects that not only meet Maine’s mitigation requirements, but also meet statewide goals for addressing marsh migration and climate resiliency,” said Commissioner Melanie Loyzim of the Maine DEP in a statement. You can see the full list of federal earmarks for Maine here.