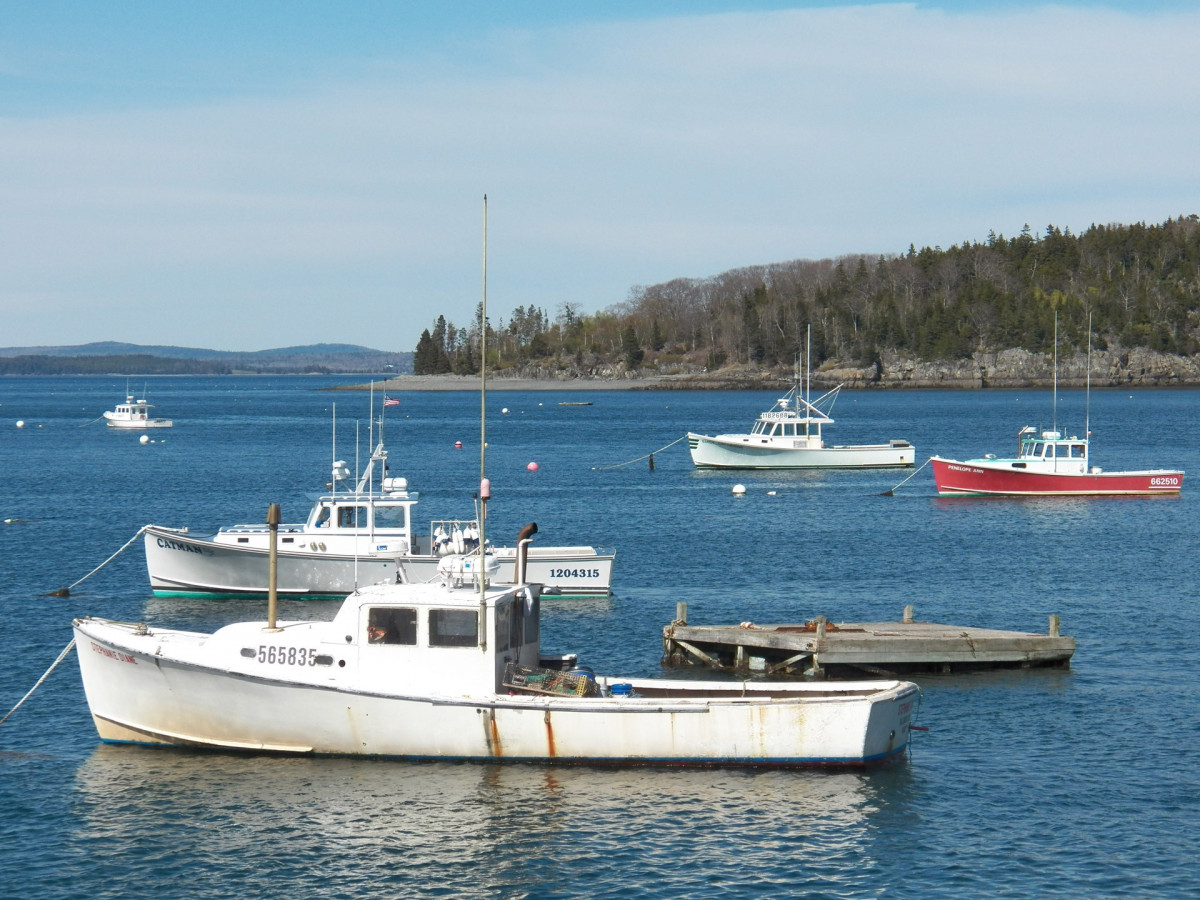 Theoretically, the Faith Melle is a commercial lobster boat that Winfred uses to set and haul lobster traps in the nearshore waters around Beals Island and along the adjacent coast. But fishing is not what he really built it for.

“I built it more for racing,” he says. “I bought the kit from Frank Coffin over at East Side. He had the cabin right there on the ground, so we put that on there and I screwed it into place.”

After stabilizing the hull with additional framing, Alley had the boat hauled some 40 miles down the coast to Addison, where he rented a boat shop to complete the project.

“It used to be Uncle Bunks Boatshop,” he says. Working about five or six hours a day, he completed the boat in three months.

According to Frank Coffin, the owner of East Side Boats in Machiasport, Maine, he had originally built the boat for himself. “But I never could find time to finish it,” he says. “Winnie asked me for it, and we agreed to a fair price, and he took it. I love what he did with it, the colors. He does good work, very meticulous.”

Alley took the engine from his old fishing and racing boat, the Bounty Hunter, a Calvin Beal 34, and put it in the Faith Melle. “It’s a 425 Cummins,” he says. “It has low hours. I like it and I didn’t want to try and find another.”

Alley put a 1.75:1 Twin Disc gear on the Cummins, which turns a 2-inch diameter shaft that is only 10.5 feet long. Alley ran the shaft to a 24” x 26” 3-blade propeller. “If I was building just for fishing, I’d have probably used a four-blade, more power,” says Alley. “But I think I get more speed out of a three-blade. I don’t have anything to prove that, just my feeling that it goes faster.”

Alley and the Libby 34 go back quite a ways. “I’ve been lobster fishing since I was 17,” says the 51-year-old Alley. “I worked with Earnest Libby Jr. hauling in the summer and fall, and in the winter, I’d work in the boat shop with him.”

At Libby’s shop, Alley helped build the mold for the original 34. “We built the 38 first, then the 34. We built a wooden boat, fiberglassed it inside and out, smoothed it, and waxed the hell out of it,” he says. From that plug, they made the mold and started offering the 34-foot lobster boat for sale. “It’s 13-and-a-half-feet wide,” say Alley. “I’m not sure what she draws, it’s about 3-and-a-half feet.”