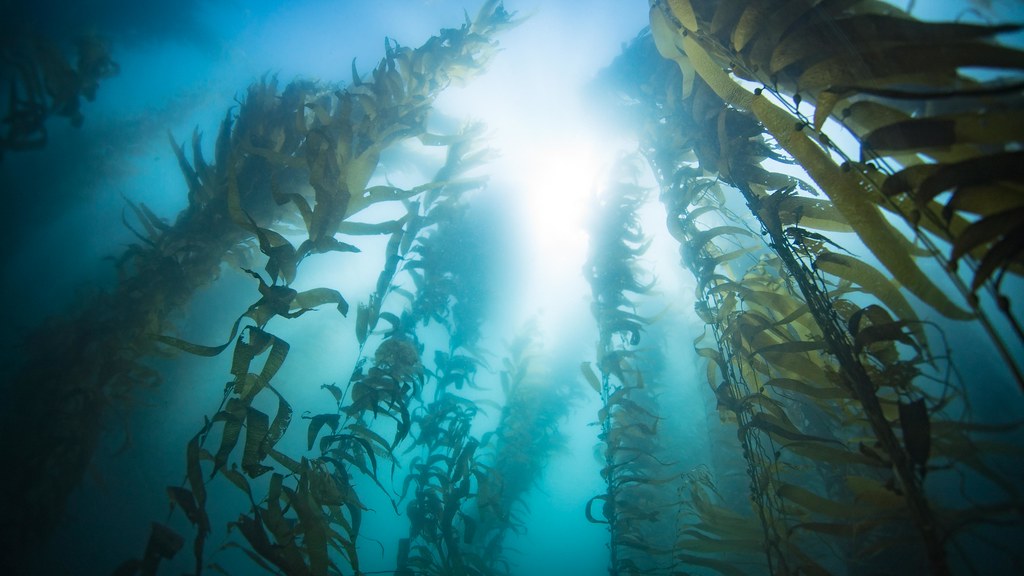 The landing dock of the Portland Fish Exchange is busy this afternoon, in a way that almost reminds David Townsend of when there were still groundfish to catch in Casco Bay, when this pier was piled with cod and haddock.

That was back when he captained his own boat and before he became operational manager at the exchange – back before the fisheries collapsed and people started to learn that the Gulf of Maine was warming faster than almost any other waters on Earth.

Now, Mr. Townsend waves down to Justin Papkee, who has maneuvered his boat up to the dock. Mr. Papkee is a lobsterman. But hours earlier, he and his crew harvested thousands of pounds of sugar kelp, hauling the seaweed onto his boat from the ropes where it had been growing, cutting off the leafy blades and stuffing them into half-ton potato sacks. The back of Mr. Papkee’s boat sags from the weight of it all.

“Let’s bring ’em up,” Mr. Townsend says, as the dock and boat crews start attaching bags to a pulley system, readying the forklift and scale.

There is another boat behind Mr. Papkee’s, where Stewart Hunt is waiting his turn to offload. Mr. Hunt owns a mooring company here. But he has incorporated kelp farming into his business plan, and now he and his son, who came up from New York to help with the harvest, stand next to their own white sacks full of seaweed, some 9,000 pounds in all.

“We love the new business,” says Mr. Townsend. “This is the thing of the future.”

Briana Warner smiles when she hears this. This is a new tune for the dockworkers, who not long ago grumbled about how their lives had descended to this, landing ocean weeds. But as the boats keep coming in, their enthusiasm for her efforts has grown.

She ties off the huge white bundles as they come on to the dock, marking some with an organic label, kelp flecks on her arms. She made herself take a shower last night, even though she knew she would be right back here, smelling like fish and seaweed again. It is a short harvest for kelp, and it’s busy. And it is her company, Atlantic Sea Farms, that is buying all of it, part of an ambitious effort to revamp not only Maine’s working waterfront, but also the way the state is fighting, and adjusting to, climate change.