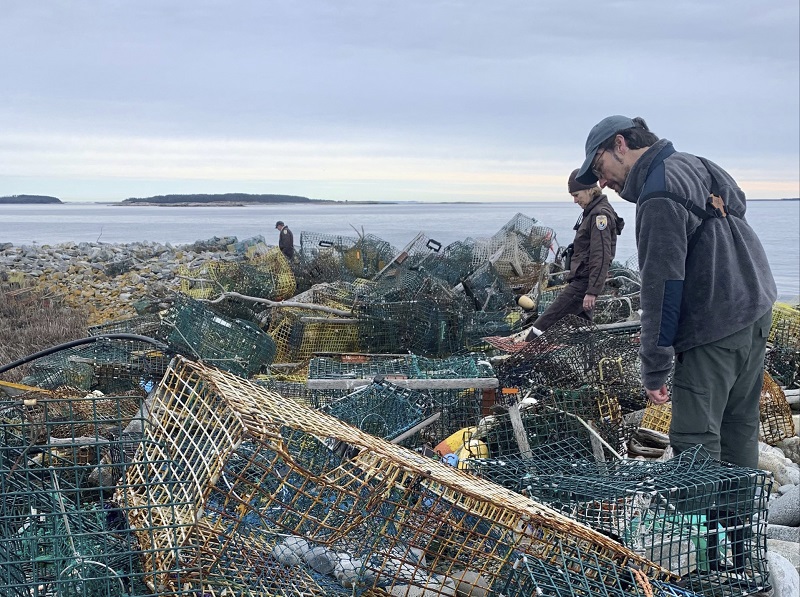 ELLSWORTH — A recently published report by U.S. Fish and Wildlife Service staff and partners warns that marine debris in the Gulf of Maine could present a significant threat to birds, as it has elsewhere in the world.

Debris is among many threats birds are experiencing across North America, largely due to human causes like habitat loss and climate change. This had led to unprecedented declines.

“Everyone sees the debris, but the connection to birds has not been made as strongly on this coast,” said Caleb Spiegel, one of the report’s lead authors and a wildlife biologist in the Fish and Wildlife Service’s Migratory Birds Program.

With support provided by the National Marine Sanctuary Foundation, the National Oceanic and Atmospheric Administration (NOAA) Marine Debris program partnered with FWS in funding the development of the report. The 2019 Gulf of Maine Marine Debris Action Plan called for further assessment of marine debris-wildlife interactions.

Ingestion of plastic can lead to a host of problems including malnourishment, toxicity and even starvation if a bird’s stomach fills with undigestible plastic. Entrapment and entanglement prevent birds from moving freely, finding food and feeding their young. Habitat degradation increases birds’ chances of interaction with plastic, making it more likely for ingestion and entrapment to occur, and also limits spaces where birds can safely nest.

The report highlights predictions from recent models that suggest 99 percent of the world’s seabird species, and 95 percent of individual seabirds, will have ingested some plastic by 2050. While research was notably limited for the Gulf of Maine, several of the region’s seabird species have been documented to ingest plastic debris. Plastic consumer waste and derelict fishing gear were found to be the most prominent sources of the debris in the region.