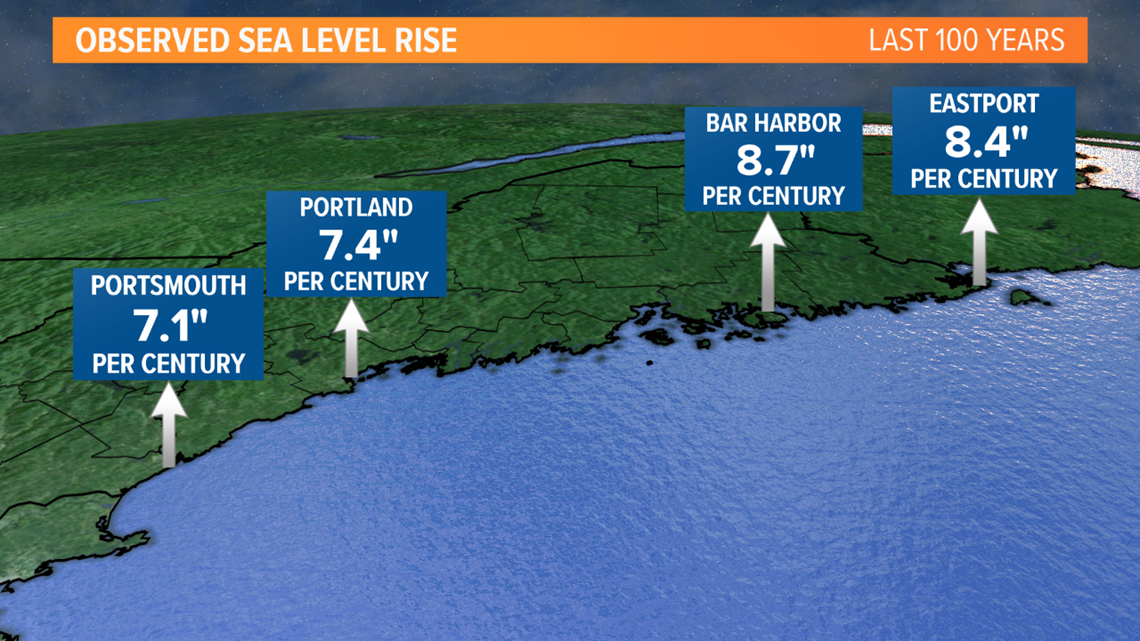 Town manager Steve Burns says the town has already spent $3 million to $4 million to construct the wall. He expects to spend another $5 million to have it stretch the entire two-mile length of the beach.

"This is a stepped design. It's intended to absorb the energy from waves coming in from the ocean and not send debris into the street and into the properties across the street,” Burns said.

York was the first Maine town to adopt a comprehensive plan for climate change based partly on a projected foot-and-a-half rise in sea level by 2050.

"This sea wall will buy us some time. We will probably get to 2050, and this will still be functional,” Burns said.

The Gulf of Maine, stretching from Massachusetts to Nova Scotia, is a leading indicator of global warming. Last year was the gulf's hottest year ever recorded.

Dave Reidmiller oversees the climate center at the Gulf of Maine Research Institute in Portland.

"This is among the fastest warming bodies of water in the world," Reidmiller said.

The gulf's average sea surface temperature in 2021 was 54.1 degrees Fahrenheit, half a degree higher than the previous record in 2012, and 4 degrees above the long-term average between 1982 and 2011.

"In about the 40 years or so that we've had satellite data, it's the warmest that we've seen,” Reidmiller said.

Sea level rises because water expands as it warms, is already visible, and extremely high tides known as king tides routinely flood Portland's Old Port. The city's tidal level has risen 8 inches in the past 100 years.

"We are going to see continued sea level rise, but how much sea level rise we will see is going to depend on how much we as humanity decide to curb our greenhouse gas emissions,” Reidmiller said.

The National Oceanic and Atmospheric Administration maintain six tidal gauges along the Atlantic Coast from Eastport, Maine, to Portsmouth, New Hampshire. The gauge in Wells shows the most dramatic rise: since 2005, twice as fast as in Portland with more than four millimeters a year.