Northeast
Residents Against Turbines say Vineyard Wind’s proposed project 14 miles south of the island poses a risk to the endangered Northern Atlantic right whale and are suing the federal government to stop it. NOAA Fisheries/Courtesy photo 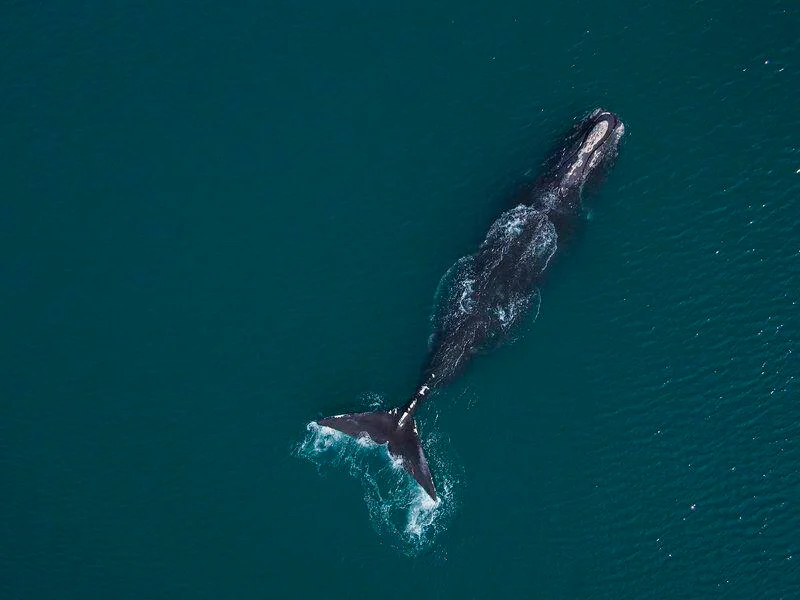 BOSTON — A group opposing wind projects off the coast of Massachusetts released a report that documents contributions from wind energy developers to environmental groups in the state, donations that the authors of the report say cast questions on the ability of groups to analyze the impacts that wind projects have on the endangered North Atlantic Right Whale.

The report, released by the Save Right Whales Coalition on Tuesday, catalogs $4.2 million between wind developers such as Vineyard Wind, Bay State Wind, and Orsted to environmental groups in Massachusetts such as the Environmental League of Massachusetts, New England Aquarium, and the Woods Hole Oceanographic Institute.

The flow of money, coalition member Lisa Linowes said, raised a “red flag” for potential conflicts of interest when it comes to investigating the environmental impacts of offshore wind development in places where the North Atlantic Right Whale resides. The whale is one of the most endangered large whale species in the world, according to NOAA Fisheries.

“The public has come to trust the word of these organizations, that when they say wind turbines can be safely sited within and near the waters where the right whale lives, breeds, feeds, that they will be safe,” Linowes said. “Based on their public statements and based on the donations ... we should question the priorities of these organizations.”

The Save Right Whales Coalition study says the New England Aquarium received a “donation pledge” of $250,000 in 2018 from Bay State Wind, a joint venture between Orsted and Eversource during the 2019 procurement process for offshore wind energy, an undisclosed amount from Vineyard Wind in 2019, and an undisclosed amount in 2020 from Equinor, a petroleum company with offshore wind ventures.

New England Aquarium spokesperson Pam Bechtold Snyder said the aquarium has not received any donations from offshore wind developers but instead has contracts and agreements for conducting scientific research.

In a statement, Snyder said the aquarium is helping support the “responsible development” of offshore wind through independent research on vulnerable ocean species that reside in future wind turbine areas.