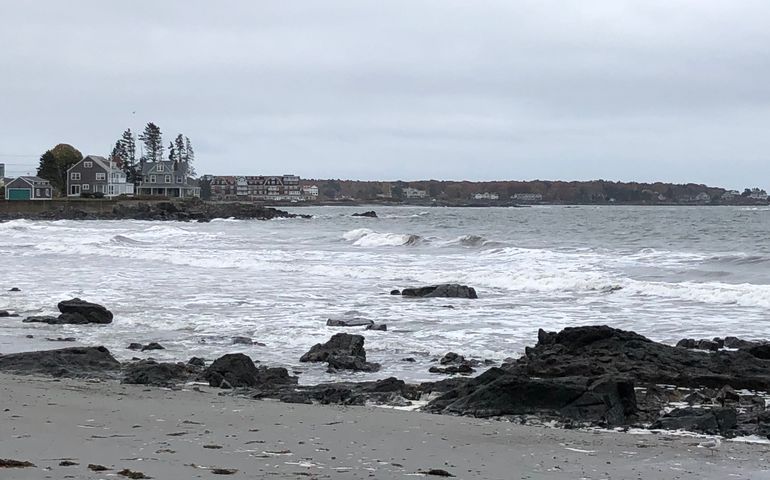 York, Kennebunk and Wells have $645.5 million in property at risk from rising sea levels and are “highly vulnerable” to climate related property devaluation, according to a new report.

The report, “Tides, Taxes and New Tactics,” looked at the effects of coastal flood hazards and suggested ways communities could improve their climate preparedness.

“Development patterns and a relatively old housing stock constructed prior to today’s protective land use regulations place a large number of people and homes, and thus municipal revenue from property taxes, at risk,” said Abbie Sherwin, the senior planner and coastal resilience coordinator for the Southern Maine Planning and Development Commission.

Within the three towns, 3,568 property parcels are at risk from 1.6 feet of sea level rise, the level expected in Maine by 2050, according to the report. Since municipalities heavily rely on property tax revenue, the three towns are vulnerable to climate-related property devaluation, the report said.

The commission, a nonprofit representing 39 towns in southern Maine, held workshops and shared the results with the towns. The report is one of several regional initiatives to assess coastal hazards and plan for adaptation in southern Maine, said Paul Schumacher, executive director of the Southern Maine Planning and Development Commission.