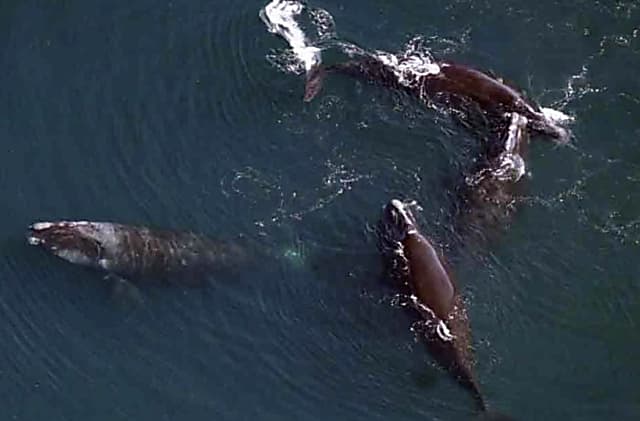 A proposal to protect right and other large whales could change how people trap lobsters and crabs - a situation that may lead to higher seafood prices.

Meanwhile, a temporary “slow zone” has been created around Martha’s Vineyard along with parts of the East Coast in an effort to reduce the risk of endangered right whales being hit by ships, boats, and other vessels.

The North Atlantic right whale is one of the most endangered large whale species on the planet - there are only about 400 of them left and fewer than 100 are breeding females, the National Oceanic and Atmospheric Administration Fisheries (NOAA) said.

Since 2017, 10 percent of the right whale population has died or been seriously injured.

Modifications to existing legislation - Atlantic Large Whale Take Reduction Plan - were proposed by the NOAA in late-December. The changes are meant to stop right whales from becoming entangled in fishing gear - one of two leading causes of right whale serious injury and death, NOAA said. Buoys that mark lobster and crab pots/traps are particularly dangerous to right whales and are the target of the modifications.

If approved, the modifications would likely cost $7 million to $15 million in labor and materials to implement in the first year, NOAA estimated. The financial burden of these modifications may be born entirely by lobster and crab trappers. Added expenses and fees for fishermen typically translate into higher seafood prices.

In 2019, a deal between the NOAA and the Maine Lobstermen's Association to protect right whales fell apart.