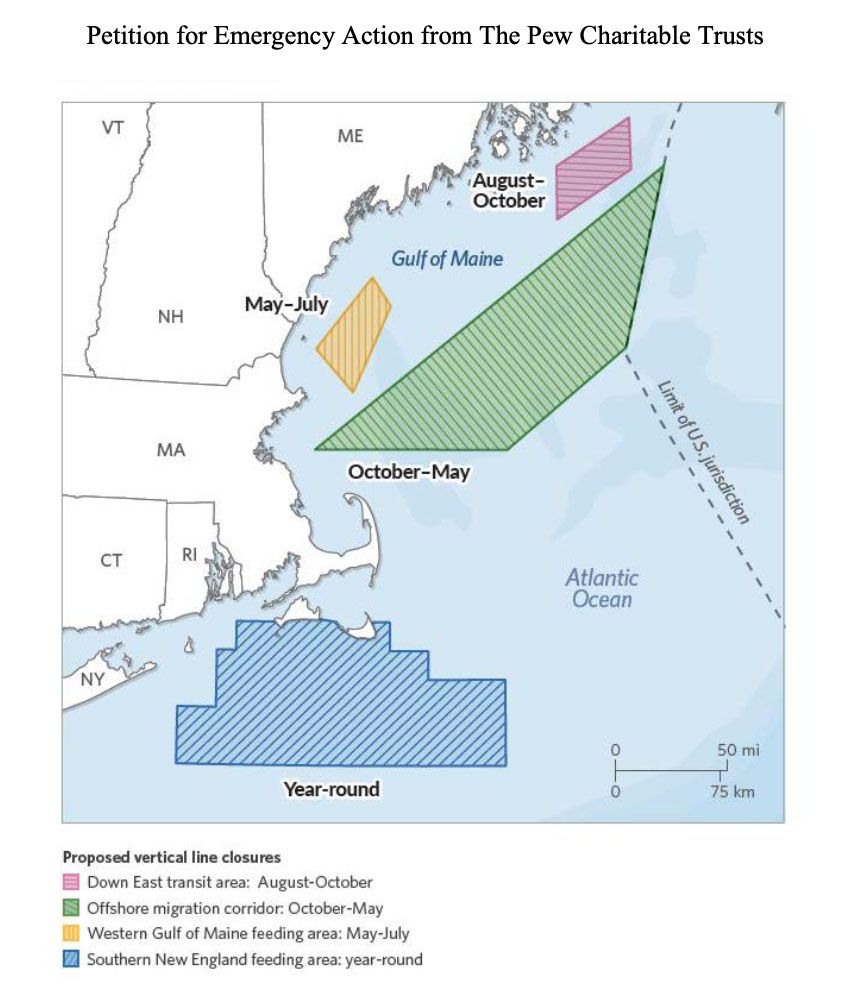 In its letter to Ross, Pew suggested that the Secretary immediately impose seasonalfishing closures in four areas off the New England coast where, the conservation group said, the vertical lines used in the lobster and Jonah crab trap fisheries create a high risk of entanglement when endangered right whales are present.

The letter specifically called on Ross to designate a year-roundban on trap gear that uses vertical lines in the waterssouth of Martha’s Vineyard and Nantucket, and three seasonal offshore closures in the Gulf of Maine.

The petition for emergency action calls for the closure of a large area southeast of Deer Isle and the mouth of Penobscot Bay from August through October, the height of the lobster fishing season in most years. The petition also calls fora closure from May through July of an area around Jeffreys Ledge east of the Maine-New Hampshire border and for theclosure from October through May of a huge offshore area which Pew describes as an “offshore migration corridor” for whales.