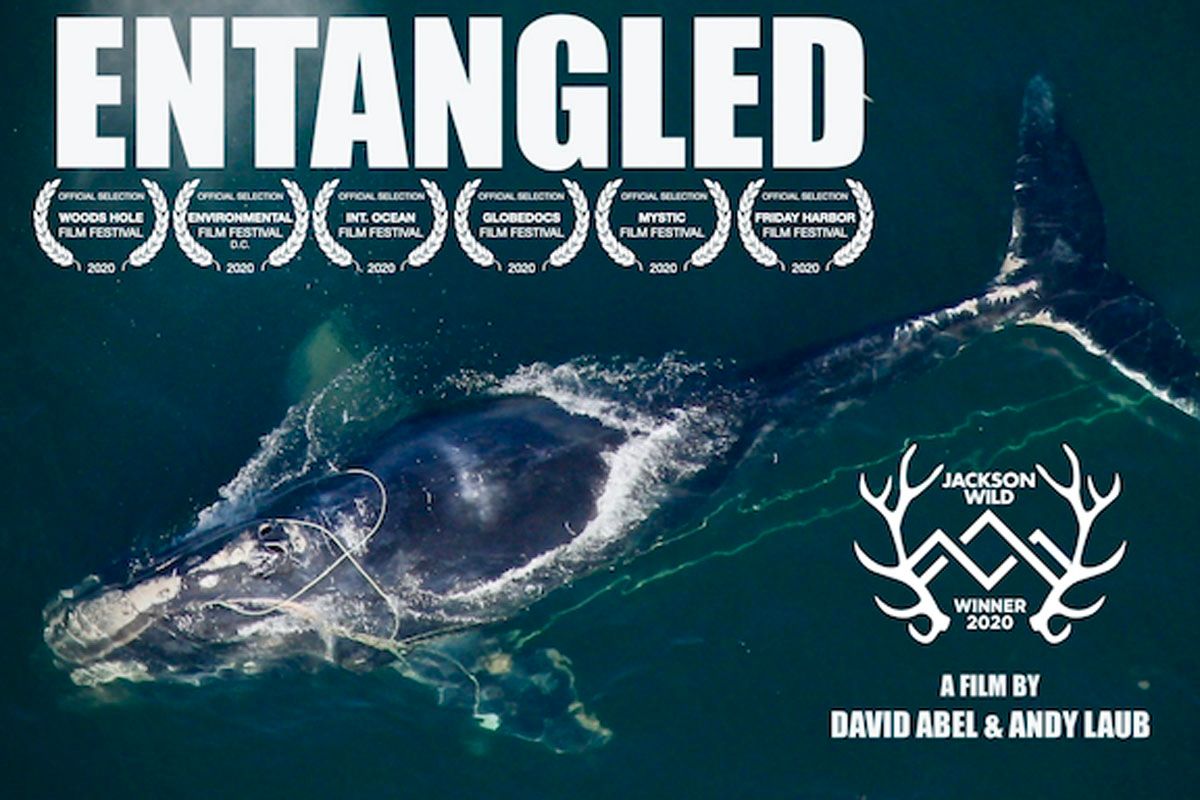 The University of Maine Hutchinson Center will host a free online screening of award-winning documentary “Entangled” on Friday, Dec. 11, at 7 p.m.

The film will be introduced by filmmaker David Abel and followed by a discussion featuring a panel of researchers and industry experts.

The film will be shown online and the discussion will take place via Zoom. There is no cost to participate. To register, visit the Hutchinson Center website.

“Entangled” is an award-winning, feature-length film (75 minutes) about how climate change has accelerated a collision between one of the world’s most endangered species, North America’s most valuable fishery and a federal agency mandated to protect both. The film chronicles the efforts to protect North Atlantic right whales from extinction, the impacts of those efforts on the lobster industry and how regulators have struggled to balance the vying interests. Directed by David Abel and Andy Laub, makers of “Lobster War” and “Sacred Cod,” “Entangled” won a 2020 Jackson Wild Media Award, nature films’ equivalent to the Oscars. It also won Best Conservation Film at the Mystic Film Festival.