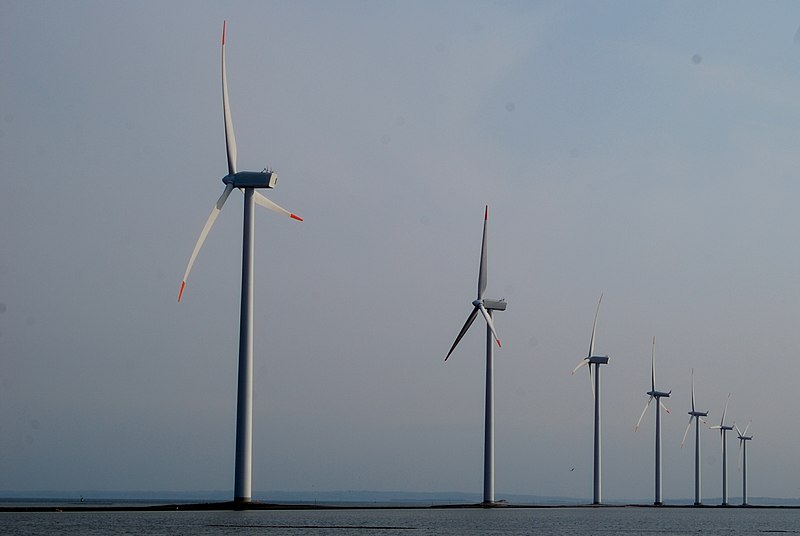 Mills first announced plans to explore offshore wind development last June, when she signed a bill requiring the Public Utilities Commission to approve a floating offshore wind demonstration project, the first of its kind in the United States. The program, Aqua Ventus, is run through the University of Maine and is funded through $39.9 million in federal grants from the U.S. Department of Energy.

At the same time, Mills formed the Maine Offshore Wind Initiative, a state-based initiative “to identify opportunities for offshore wind development in the Gulf of Maine and to determine how Maine can best position itself to benefit from future offshore wind projects,” according to a press release.

More information was released in November. The offshore wind research array would be sited 20 to 40 miles offshore into the Gulf of Maine at a yet-to-be-determined site, where the dozen or fewer floating wind turbines would cover about 16 square miles of ocean. Maine is filing an application with the Bureau of Ocean Energy Management, as the array will be farther than 3 miles off the coast in federal waters. According to a Nov. 20 press release, the technology for floating arrays is still being developed, and their effect on marine life and fisheries requires further study.

But while renewable energy sources such as wind power are heralded for reducing carbon emissions and as a burgeoning job sector, the Gulf of Maine has long been the province of fishermen.