Northeast
Two types of ropeless fishing gear were tested near Egg Rock Lighthouse in Frenchman Bay in the fall of 2020. Photo courtesy of Blue Planet Strategies 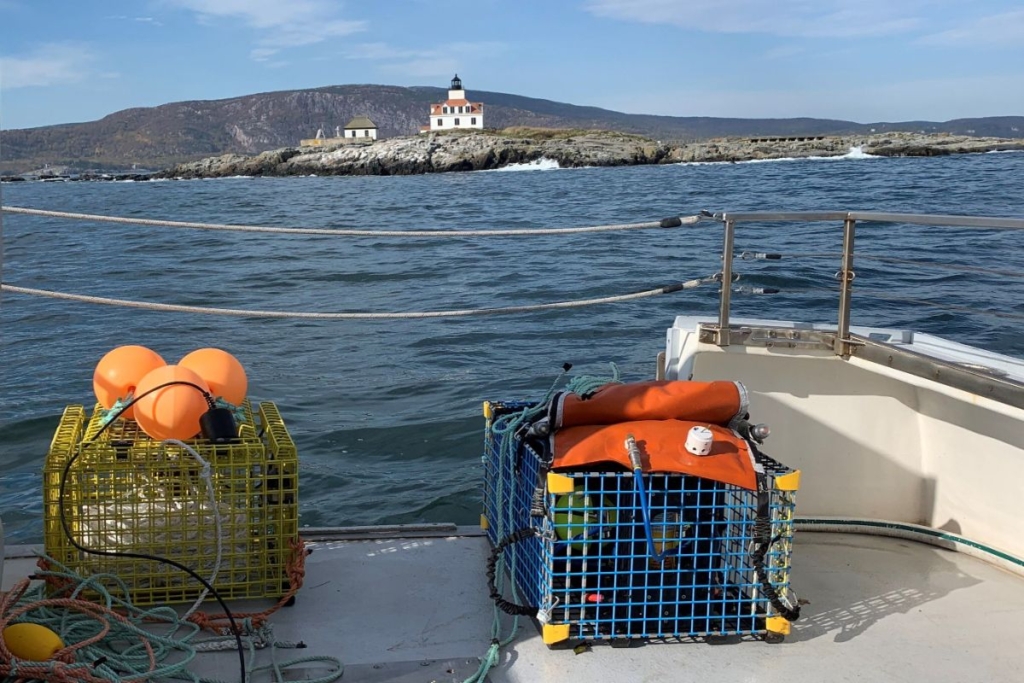 Federal regulators prepare for widespread adoption of the gear in an effort to protect endangered right whales.

In their latest effort to protect endangered right whales, federal regulators have released a plan to increase the use of on-demand – or ropeless – fishing gear, an initiative that includes expanded testing of the new technology.

In an effort to address the two main causes of human-induced whale mortality – vessel strikes and entanglement in fishing gear – the National Oceanic and Atmospheric Administration recently released rules to reduce ship speeds and its “Ropeless Roadmap” to prepare for widespread adoption of ropeless fishing.

The vertical lines that connect strings of traps on the ocean floor to buoys on the surface can get caught on a whale’s fins or in its mouth as it swims, leading to death in some cases. There are fewer than 350 North Atlantic right whales, according to NOAA.

On-demand fishing gear would eliminate the need for the vertical lines in the water until the lobster trap, pot or gillnet is being hauled. Different technologies are under development now. Some include floatation devices that are triggered by an acoustic signal to return the gear or rope end to the surface when the fishing boat returns to collect it. Others use timers to release the rope and buoy to the surface, reducing the amount of time the rope is in the water column. And in a lower-tech option available in some cases, the traps or other gear can simply be removed by a grappling hook. The location of the gear can be communicated to boats above by acoustic signal.

Lobstermen in Maine, who have always relied on the colorful floating buoys to show the location of gear below, have long been sounding the alarm about ropeless fishing. Besides the added expense, distrust of the technology cause many to oppose any efforts to bring it into widespread use. If the signal doesn’t work, and a string of traps, called trawls, cannot be retrieved, that could mean well over $100,000 lost for a 50-trap trawl. If the signal doesn’t communicate well with other vessels, trawls may be set on top of one another, leading to more lost gear if the traps become entangled or if the hauling rope breaks under the added strain.

“They say, ‘Well, it’s all going to be on your cellphone,'” said Doug McLennan, a long-time fisherman from South Thomaston, “but we don’t have cell coverage a lot of places and some people are not very good with computers. Trying to take a simple thing of just setting a trap and going to haul it, and then to have to try to do that on a computer screen and not interfere with other people’s – it’s just not going to work.”