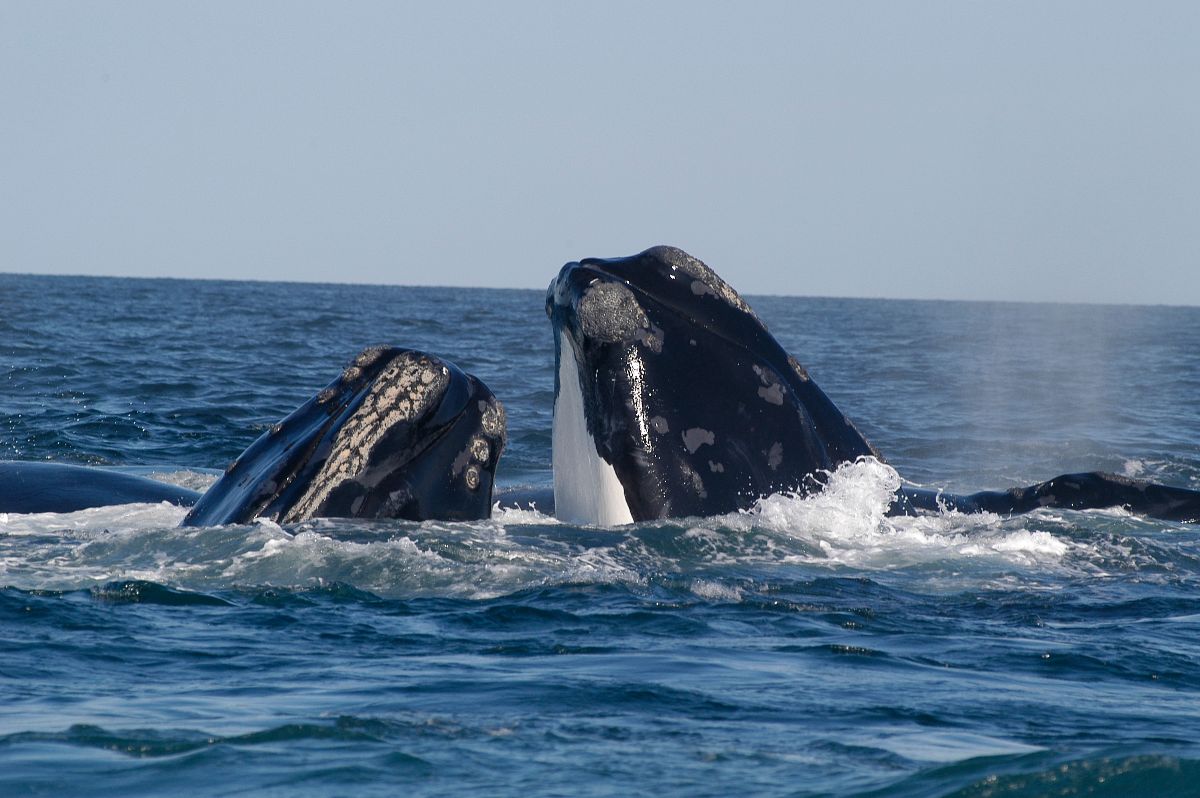 New research finds climate change is having an impact on how large whale species, including the critically endangered North Atlantic right whale, use habitats in the warming Gulf of Maine, showing that right whales' use of Cape Cod Bay has shifted significantly over the last 20 years.

The study, led by the New England Aquarium and including researchers from the University of Massachusetts Amherst, the USGS Northeast Climate Adaptation Science Center, the Center for Coastal Studies, UCLA, the National Marine Fisheries Service, and the Canadian Whale Institute was published this month in the journal Global Change Biology. The authors set out to better understand the impacts of ocean climate change on phenology, or the timing of recurring biological events such as when plants flower each year. Using more than 20 years of data, the scientists measured shifts in whale habitat use in Cape Cod Bay, evaluating trends in peak use for North Atlantic right whales, humpback whales, and fin whales. The study found that peak use of Cape Cod Bay had shifted almost three weeks later for right whales and humpback whales. Changes in the timing of whale habitat use were related to when spring starts, which has been changing as a result of climate change. The study suggested that highly migratory marine mammals can and do adapt the timing of their habitat use in response to climate-driven changes in their environment, with results showing increased habitat use by right whales in Cape Cod Bay from February to May, with greatest increases in April and May.

"The time of year when we are most likely to see right and humpback whales in Cape Cod Bay has changed considerably, and right whales are using the habitat much more heavily than they did 20 years ago," said lead author Dr. Dan Pendleton, Research Scientist in the New England Aquarium's Anderson Cabot Center for Ocean Life.

The research team gathered data from aerial surveys conducted by the Center for Coastal Studies from 1998 to 2018 and analyzed environmental data such as sea surface temperatures and the dates that signify the start of spring each year. The team used a novel statistical technique to study changes in whale habitat use within and across years, which provided insights into long-term effects of climate change on whale habitat.

Scientists conducted the study in the Gulf of Maine because it is one of the most rapidly warming regions of the ocean, making it a unique ecosystem to study phenological and biological responses to climate change, such as animal migrations, peaks in productivity, and breeding. Sea surface and bottom temperatures in the Gulf of Maine have increased at a rate three times faster than the global average over recent decades. Changing ocean circulation and temperature -- including earlier spring, later fall, longer summer and shorter winter -- have led to changes in whales' food supply throughout the Gulf of Maine.

"One of the biggest gaps in our understanding of how climate change is shifting the yearly cycles of life in the oceans involves the largest migrating animals -- whales," said Michelle Staudinger, an ecologist with the U.S. Geological Survey, science coordinator at the Northeast Climate Adaption Science Center and professor of environmental conservation at UMass Amherst. "Even though they're the largest mammals on earth, we have an incomplete understanding of where some whales go and when. This new research helps us understand how seasonal whale migration is changing, which is critical for their protection and conservation in our region."

The scientists also theorized that right whales may be using Cape Cod Bay for a longer period of time because climate change has reduced the amount of food available in other Gulf of Maine habitats. These changes may have turned the bay into a sort of "waiting room" for right whales as richer prey resources develop in new habitats, such as the Gulf of St. Lawrence.

North Atlantic right whales are a critically endangered species with 336 individuals estimated to be alive. The whales' population has declined over the past decade due to human activities, such as vessel strikes and fishing gear entanglements. When large whales visit Cape Cod Bay is of high concern because the region is heavily used by vessel operators and fishermen. Vessel speed limits and fishing restrictions in Cape Cod Bay were designed to coincide with the historical peak in North Atlantic right whale habitat use. The research illustrates the continued need for government agencies to alter protective measures for threatened and endangered whales, as those animals adapt to their feeding and migration patterns in response to climate change.

"Changes in whenwhales use their traditional habitats has important implications for the design of protected areas. This issue is especially important as climate change continues to alter animal migrations," Pendleton said.

Materials provided by University of Massachusetts Amherst. Note: Content may be edited for style and length.