Northeast
Brent Was and his wife, Windy Dayton, relax with their dogs just before Labor Day on Bakeman Beach, a few hours from Portland, in Brooksville, Maine. Bakeman Beach is a newly acquired public beach in Maine, bought by a land trust and given to the town for anyone to access. Chris Burrell / GBH News 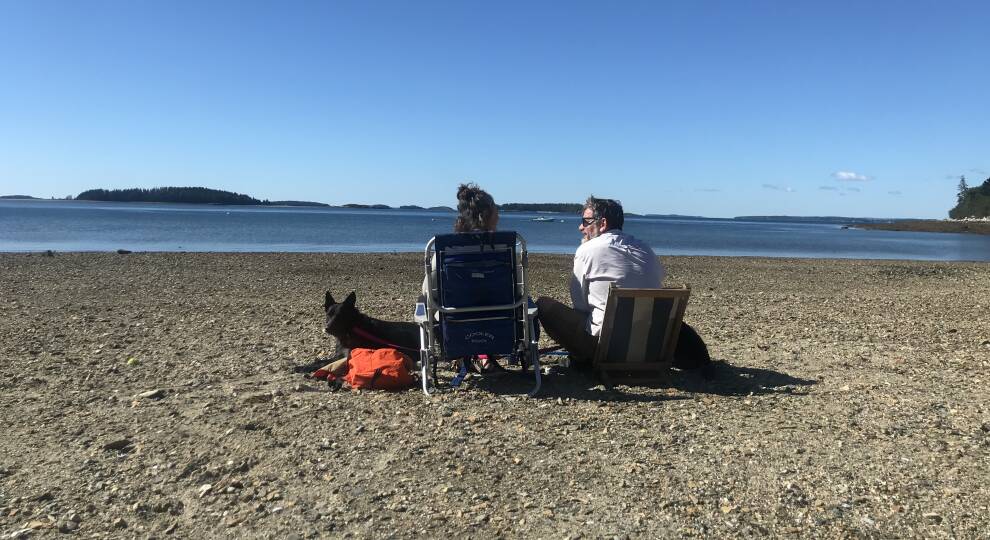 ME - Maine's solution to beach barriers? Buying land for public use

Ciona Ulbrich stood on a scenic beach in the small, coastal town of Brooksville, Maine, feeling grateful to be able to lawfully enjoy the warm sun and ocean breeze.The nonprofit Ulbrich works for, the Maine Coast Heritage Trust, purchased Bakeman Beach a few years ago and gave it to the town — with the stipulation that it remain open to all members of the public.

“Someone could have bought this off, put up a fence and closed it off, which is upsetting, but it's very real,” she said. “This coastal land is getting ever more valuable.”

Both Maine and Massachusetts live under similar Colonial-era laws allowing private ownership of beachfront property to extend all the way down to the low-tide line, severely limiting public access to the intertidal area of the coastline. But while Massachusetts has not acquired any new coastal beaches since 1990, state agencies and land trusts in Maine have pushed back against privatization, acquiring more than a dozen beaches over the last four years alone and mandating they be open to all members of the public. Maine has also helped some of its coastal communities research historic deeds and identify public access rights to the coastline. In the 1990s, Massachusetts launched a similar program but soon abandoned it.

“Not all of us are going to be able to afford second homes. Not all of us have that summer camp that we traditionally go to,” said Sarah Demers, director of the Land for Maine’s Future, a state agency that funds land conservation. “But all of us deserve the opportunity to enjoy Maine's great outdoors.”

Barriers at the Beach

An ongoing GBH News investigation found limited opportunities for most residents and visitors to enjoy Massachusetts’ coastline. Rising home prices, parking restrictions, an undercurrent of racism and shrinking coastline due to climate change have all created barriers. Less than 12% of Massachusetts’ roughly 1,400-mile-long shoreline is open to all members of the public. Some public beaches charge as much as $40 to visit, while many municipally owned beaches ban or restrict parking access for out-of-towners, and the rest are privately owned to the low tide line.

Government agencies in Maine have not calculated the exact percentage of its 3,500-mile-long coastline that is open to the public, but officials and conservationists say their coastline also faces the threat of increasing privatization, and they're taking action. Maine's state government and nonprofit land trusts have bought and conserved hundreds of miles of coastline over the last two decades. Ulbrich's nonprofit alone has acquired 258 miles along the shore for public use in that time, including Bakeman Beach.

For decades, the Brooksville beach was privately owned but open to the public — a practice that relied on the generosity of the owner. When the owner put the property on the market, it prompted concern that the public would lose that access.

“It's understandable that people feel like they want to privatize it. But it's unfortunate,” said Ulrich, a senior project manager at the land trust. “And it's a real shift in how the communities have been able to work. Water access is so fundamental, and a lot of these towns have very few points of it. With all of the real estate market pressures now, they're really feeling that lack.”