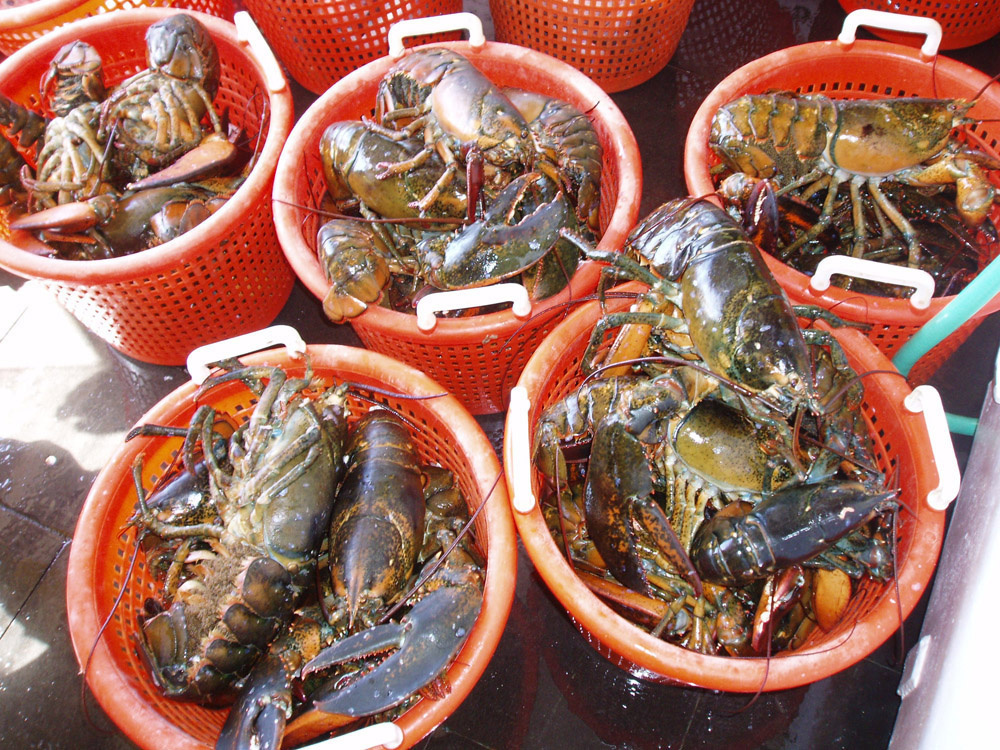 The newly funded research will continue to address critical gaps in knowledge about how American lobster (Homarus americanus) is affected by environmental change in the Gulf of Maine, Georges Bank and southern New England. The focus of this research is based on specific language in the NOAA National Sea Grant Program’s 2020 federal funding bill.

Yet, American lobster habitats are changing rapidly. Ocean temperatures are increasing, marine and coastal waters are becoming more acidic, and intense rainfall events are adding more freshwater to coastal ecosystems. Scientists have already documented some of the ways that these physical and chemical changes are affecting marine species, including the American lobster. Understanding and responding to these changes will allow for a more resilient lobster fishery.

“The American Lobster Initiative provides a great opportunity to strengthen existing partnerships, and build new collaborations between research, industry and management across the Northeast,” said Amalia Harrington, a marine extension team member with Maine Sea Grant at UMaine and the regional extension coordinator for the American Lobster Initiative. “I look forward to working with the new research teams and to building our regional network.”

The American Lobster Initiative, which began in 2019 with an initial $2 million investment from the NOAA National Sea Grant College Program, supports both a regional Sea Grant extension program and scientific research to increase the American lobster industry’s resilience to the biological, economic and social impacts of ecosystem change in the Gulf of Maine, Georges Bank and southern New England. Maine Sea Grant continues to provide leadership and overall coordination for the effort, working in collaboration with six other northeastern state Sea Grant programs, Sea Grant-funded researchers at more than 20 research institutions, the lobster industry, and marine resource management agencies throughout the Northeast.

This additional $2 million investment in American lobster research in 2020 will support nine new projects, two of which will be led by UMaine researchers. Project descriptions for all ALI-funded research and extension projects are online.