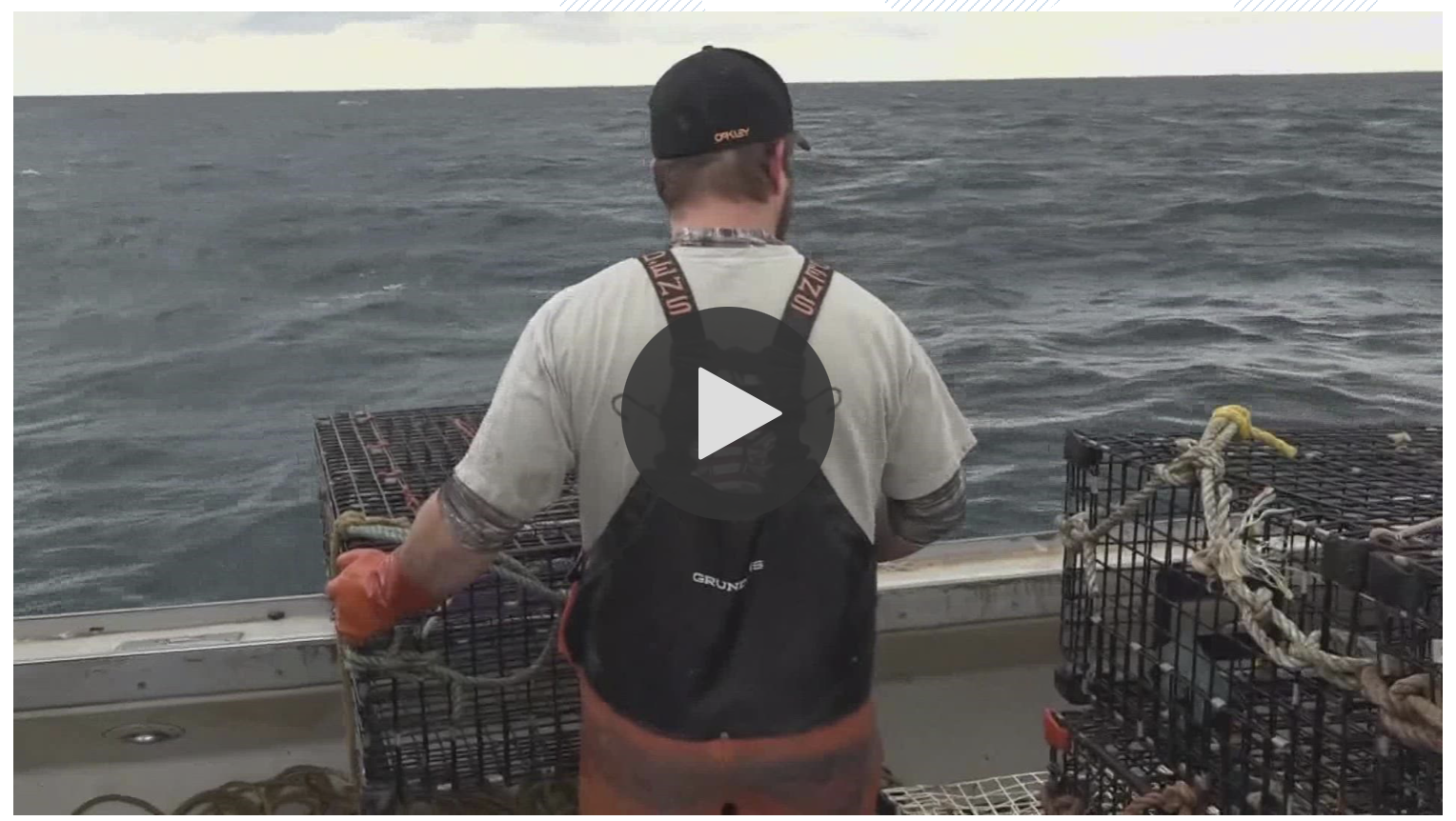 When announcing its appeal in a release Monday, the MLA called the federal whale plan "scientifically-flawed" and "draconian."

MAINE, USA — The Maine Lobstermen’s Association is appealing a federal judge's ruling that rejected its lawsuit challenging new restrictions on the harvesting of lobster off the Maine coast.

The MLA filed the lawsuit in September 2021.

U.S. District Court Judge James Boasberg denied the MLA's request in a Sept. 8 ruling. It's the latest in a string of legal setbacks for lobster fishermen who are coping with increasingly strict fishing rules meant to save North Atlantic right whales, which number less than 340 and are vulnerable to entanglement in fishing gear.

When announcing its appeal to the United States Court of Appeals for the District of Columbia Circuit in a release Monday, the MLA called the federal whale plan "scientifically-flawed" and "draconian."

“If we have to go all the way to the Supreme Court to protect our hardworking families and preserve coastal communities with a multi-generational heritage of wise stewardship, that is what we will do," Porter added.

The MLA argues the National Marine Fisheries Service acted arbitrarily when it failed to rely on the best scientific information, account for the positive impact of conservation measures already adopted by the Maine lobster fishery, and designed a plan the MLA said is aimed at curing unrealistic “worst-case scenarios."

“The Maine lobster industry faces punishing, unnecessary regulatory restrictions in a careless effort to save endangered whales,” Patrice McCarron, executive director of the MLA, said. “After working for years with federal regulators and other stakeholders, and after pleading our case to a federal court that never addressed our well-documented concerns with scientific deficiencies, the Maine Lobstermen’s Association is escalating its fight to save Maine’s lobstering heritage from a plan that the agency itself admits is not needed for the species to survive.”