Northeast
The lobster fishing industry in Maine caught more than 100 million pounds of the crustaceans in 2021 valued at more than $725 million. (Kevin Miller) 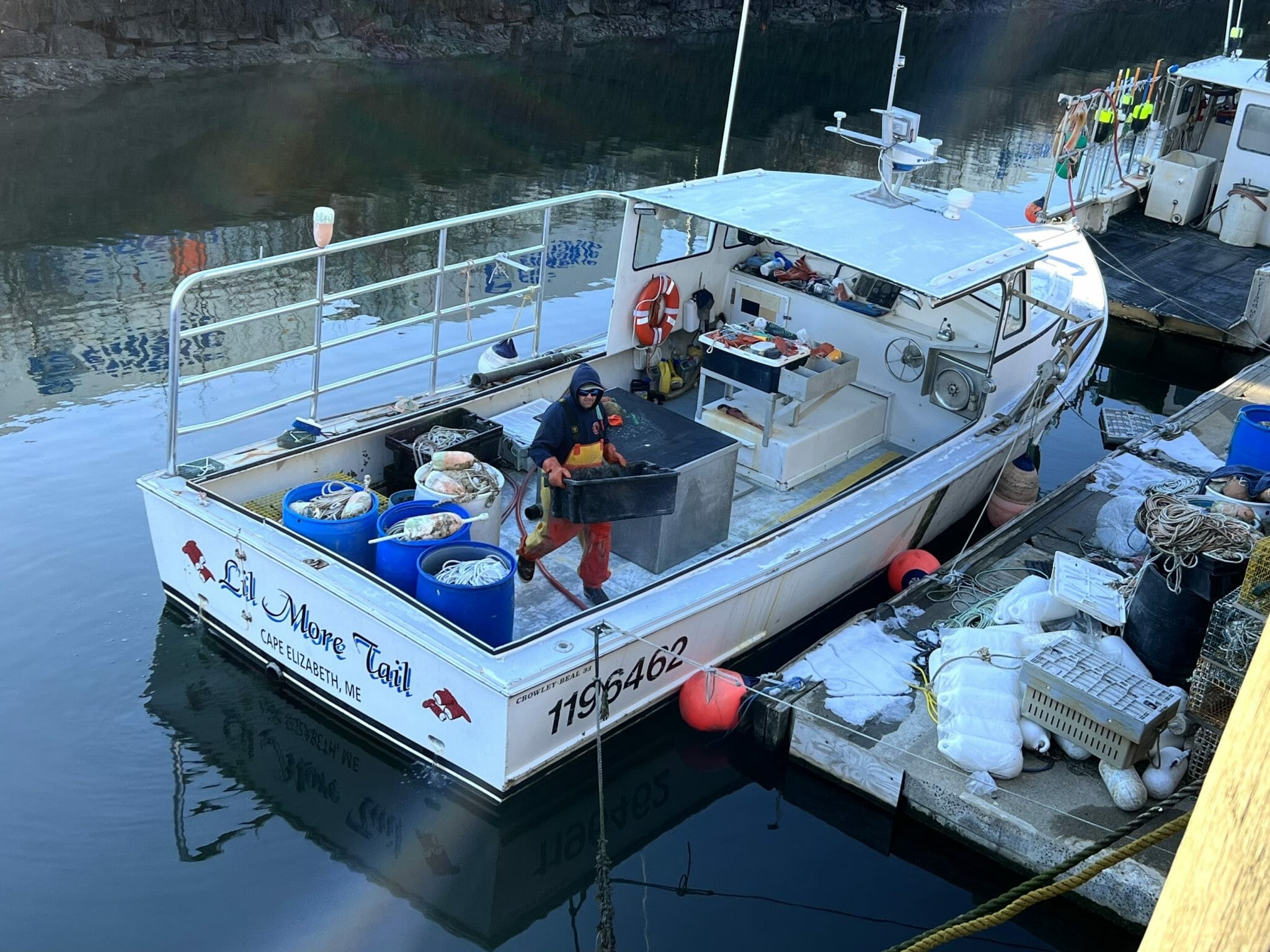 PORTLAND, Maine — Lobsterman Curt Brown had already logged a full day on the water by the time he pulled up to a fishing wharf just blocks from downtown Portland restaurants bustling with lunchtime diners.

The 250 to 300 pounds of lobster he had hauled up from the cold Maine waters could land on a plate just up the street — or in a restaurant on the other side of the globe. And on this chilly December day, Brown was feeling more hopeful about the prospects for Maine’s iconic lobster industry.

“I think our industry, for the first time in a long time, can see a ray of sunshine and feel optimistic that the hard work we have been doing is being recognized,” Brown said.

Just a day earlier, the lobster industry had received welcome news in the fishery’s years-long battle with environmental groups over protections for the endangered North Atlantic right whale.

The state’s congressional delegation — which has locked arms with Maine’s billion-dollar lobster industry — had pulled off a procedural end-run by inserting a 6-year delay on new federal fishing regulations into a $1.7 trillion spending bill.

For Maine’s 5,000 licensed commercial lobstermen, it meant a reprieve from rules that they warned could destroy their industry — and decimate coastal communities — by forcing them off the water in some areas for months at a time and eliminating the vertical lines of rope connecting a string of traps on the bottom to a buoy on the surface. Those lines can become wrapped around whales’ fins or lodged in their mouths. But “ropeless” fishing gear, which relies on technology to allow fishermen to call a trap up to the surface, is still in development and is not available on a wide scale commercially.

“If you take away three months, four months, five months of the ability to go out and harvest lobster, you are not only going to impact harvesters,” Brown said. “You are going to impact many, many other businesses as well.”

Conservation groups fighting to save the North Atlantic right whale, meanwhile, predicted the delay could put the endangered whale on an irreversible slide toward extinction.

“Is there a chance that we can save the right whale in 2028? Yeah, sure,” said Brett Hartl of the Center for Biological Diversity. “It maybe was a 50-50 proposition before. Now it’s like 95 percent to 5 percent against.”

Right whales are in danger

Slow-moving and measuring up to 50 feet long, North Atlantic right whales were hunted nearly to extinction more than a century ago. There are just 340 left in the world and biologists say their biggest threats are collisions with ships and entanglement in fishing rope. The migratory whales’ territory stretches the entire Atlantic coastline, from their calving grounds along the Florida and Georgia coast to their foraging grounds off of New England and the Canada.

Groups such as the Center for Biological Diversity and the Conservation Law Foundation have used the Endangered Species Act and the Marine Mammals Protection Act to force federal regulators to impose stricter regulations on the fishing industry.