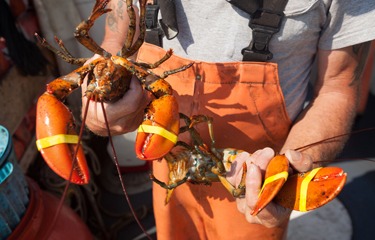 The U.S. state of Maine is requesting federal aid due to the ongoing impacts the COVID-19 outbreak is having on its fisheries.

Maine’s governor, Janet Mills, recently sent a letter to the administration of U.S. President Donald Trump requesting federal assistance for the state’s seafood industry as trade disruptions and restaurant closures affect the state’s valuable lobster fishery, which was worth USD 485 million (EUR 451.4 million) in 2019. The fishery has been heavily impacted by the ongoing pandemic as demand for lobsters has plummeted.

“Some harbors are reporting that dealers will not accept the landing of any product, and those that are buying are paying as little as USD 2.00 [EUR 1.86] per pound, reflecting a 75 percent reduction in price over just four weeks,” Mills wrote in her letter to Trump. “As of yesterday, only a handful of boats were out tending their gear, when there are typically hundreds fishing in March.”

Most lobster fishers in the state are independent, and own their own boats and traps. That means many of them won’t qualify for any type of unemployment, even if they have no income.