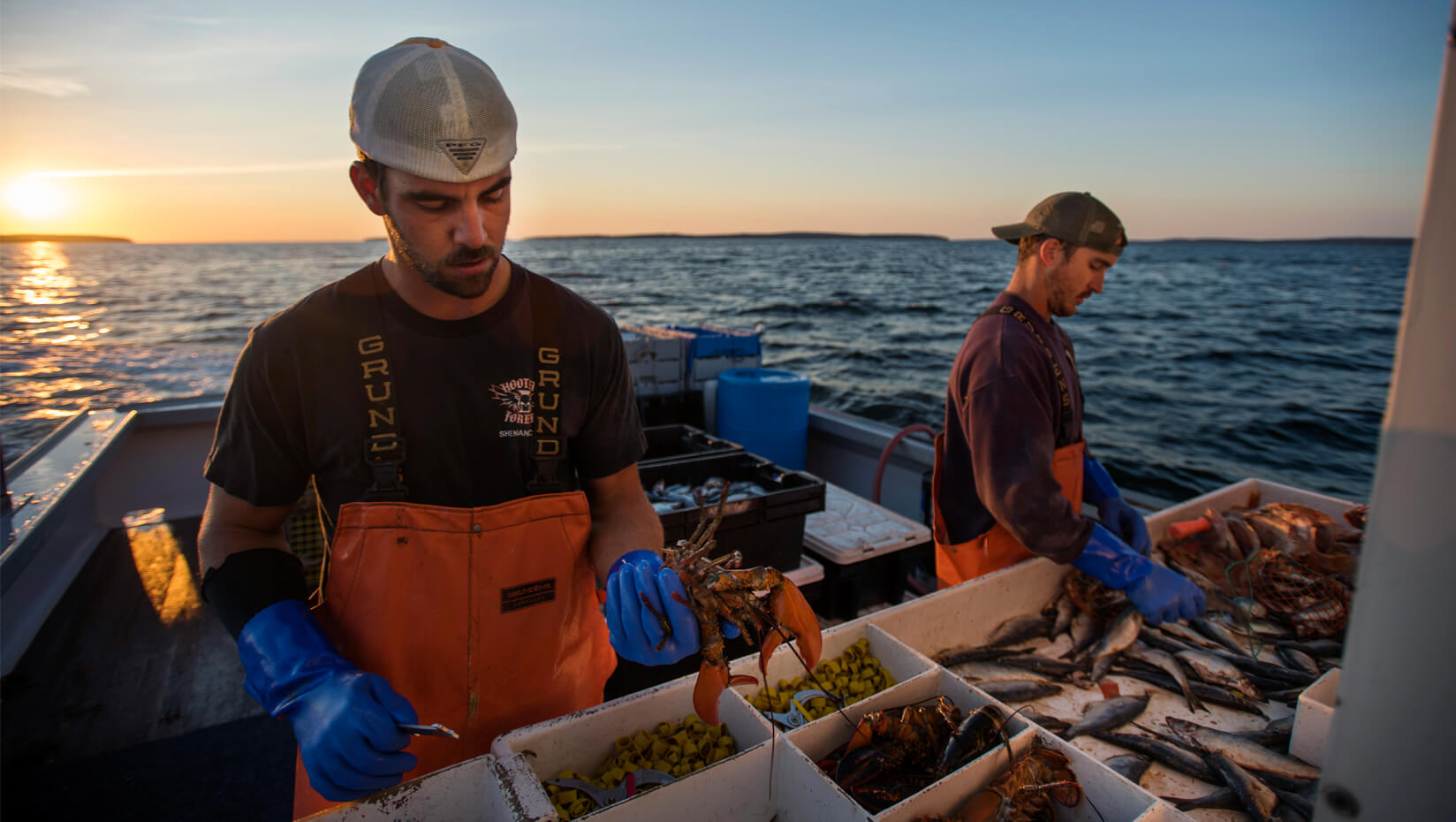 Lobster fishermen were forced to remove their gear from a large section of the Gulf of Maine this week, but while their traps may no longer be in the water, the industry is not giving up its fight.

The Maine Lobstering Union filed an emergency application last week asking the U.S. Supreme Court to vacate a lower court ruling and reopen the area, which is slated to be closed through January — and every subsequent October through January — in an effort to protect the critically endangered North Atlantic right whale.

It’s the most recent development in a months-long legal battle between members of the lobster industry, who say their livelihoods are at risk, and conservationists, who say the whales are headed for extinction.

Virginia Olsen, a lobsterwoman and a member of the union, said the group looks forward to continuing what it considers a fight to save the industry and the families and communities that depend on it.

“Generations of Mainers have taken pride in sustainably cultivating the world’s best lobster while simultaneously protecting the right whales,” Olsen said in a statement. “The decision to close Maine’s waters to this time-honored industry is unfortunately based on misguided and incomplete science.”

In its initial legal complaint in U.S. District Court, the union contended that the National Marine Fisheries Service did not use the best available science when creating the new rules, which are intended to reduce the risk to the whales by at least 60%.

Alfred Frawley, the union’s attorney, told the judge that just because Maine is responsible for roughly 95% of the lines in the water in which the right whales might become entangled, that does not mean it should be blamed for whale deaths in the absence of any other supporting data. The agency needs to collect more data, he argued, and consider the closure after analyzing aerial surveillance footage, acoustic monitors and gear distribution data, among other measures.

The union’s filing on Nov. 24 shows it is taking a similar approach in seeking emergency action from the U.S. Supreme Court, asking it for an emergency injunction or to vacate a lower court ruling, reopening the area to lobstering while the underlying lawsuit is heard in U.S. District Court.

Maine fishermen already have implemented costly mitigation measures over the years, the group argued, only to see their efforts ignored and additional regulations imposed without analyzing the effectiveness of the previous ones.