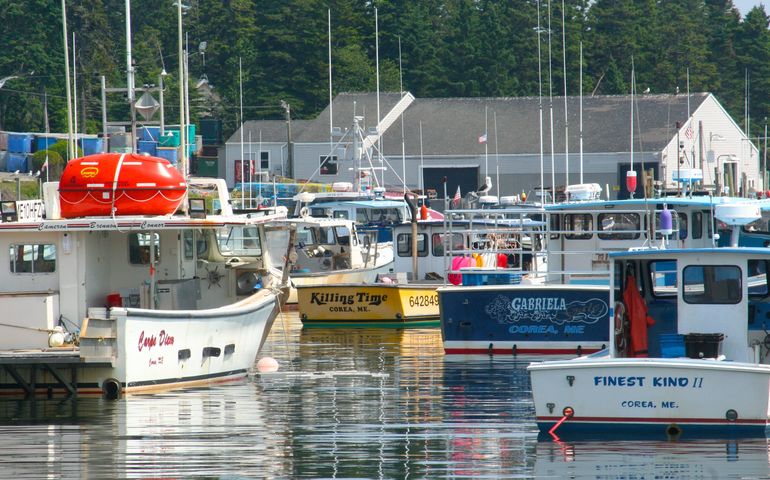 ME - Lobster Industry, Other Fisheries to Receive Tariff Relief in $530M Federal Bailout

Maine lobster harvesters and other commercial fishermen affected by foreign trade tariffs on their catch will receive a total of $530 million in federal relief, the U.S. Department of Agriculture announced Wednesday.

But the aid won’t help the seafood industry’s supply chain businesses, such as lobster dealers and processors.

The state’s lobstermen could receive roughly $50 million in relief under the USDA Seafood Trade Relief Program, based on its compensation rates and the 100.7 million pounds of lobster landed in Maine during 2019.

The program will pay fishermen to help offset reduced sales and additional costs caused by retaliatory tariffs. Licensed fishermen will receive amounts up to $250,000, based on their landings and a range of payment rates for 19 species. The rate for lobster is 50 cents per pound, the second-highest amount after the 76 cents to be paid for each pound of geoduck clam.

Patrice McCarron, executive director of the Maine Lobstermen’s Association, commented: “Maine’s hard-working lobstermen did not create these trade issues, but for too long have had to live with the consequences. Lobstermen have been doing all they can to keep their businesses viable only to be met with weakened markets in 2020 due to the pandemic. Federal relief will help keep Maine’s fishermen solvent so they may continue following their proud traditions in the face of so many challenges.”

Too little too late?

The relief package comes after more than a year of lobbying by Maine’s congressional delegation, industry advocates and others.

In July 2018, China slapped a 25% tariff on imported lobster, among other levies, as part of an ongoing trade dispute with the U.S. Live lobster exports to China dropped by 64% the next month. In 2019, the tax was increased to 35%.

The effects were costly. The lobster industry has an economic impact of $1.5 billion a year in Maine and is a key economic engine for coastal communities. During 2017 — the last full year before the tariffs went into effect — Chinese customers purchased $128.5 million of lobster from Maine, and were the second-largest export market for the catch.