Northeast
The Alice O is tied up and drydocked at low tide next to an alley behind 100 Commercial Street in Portland on Wednesday. A lawsuit threatens to limit use of the alley relied on by fishermen to load and unload gear and make repairs. Gregory Rec / Press Herald 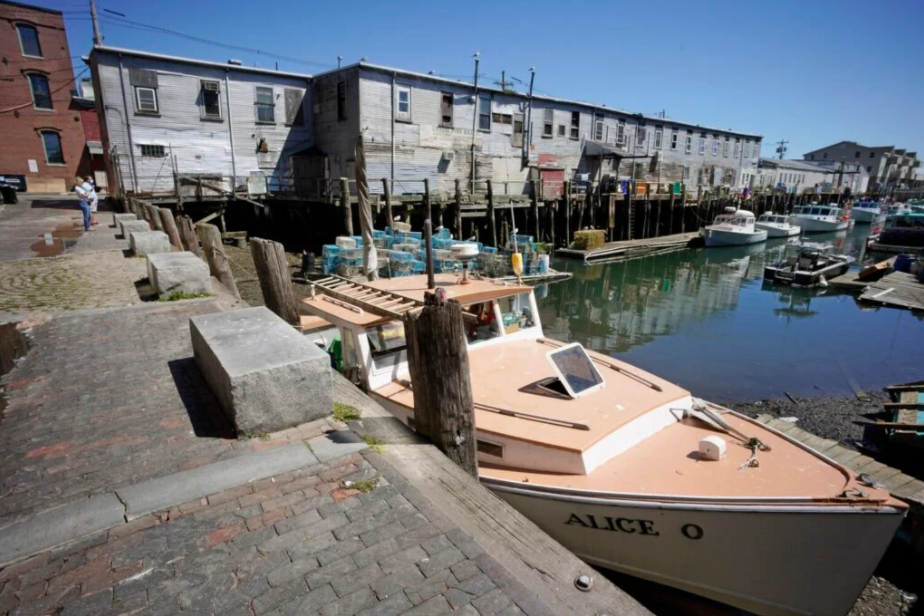 A lawsuit filed in Cumberland County Superior Court could limit historical access to the working waterfront by commercial fishermen in Portland.

The suit, filed in April by Soley Wharf LLC, seeks to clarify ownership of a waterfront alleyway behind 100 Commercial St. that connects Custom House Wharf to Portland Pier. That alleyway behind Thomas Block has been used for decades by commercial fisherman to service their gear and boats and is also a popular place for tourists to take pictures of the city’s working waterfront.

Attorney Glenn Israel, who represents Soley Wharf, said the suit does not aim to eliminate public access or prevent commercial fishermen from loading and offloading gear or accessing their boats. But it would allow the owners to enforce rules against fishermen parking their vehicles or storing their traps in the alley for long periods of time – a long-standing problem that, Israel said, has been the subject of negotiations.

“We weren’t making progress trying to negotiate a resolution, because the fishermen kept raising the issue of ownership and saying because there was no ownership we didn’t have standing to police what was going on back there,” Israel said. “So we decided we needed to establish ownership in order to have footing from which to negotiate.”

But fishermen and the city councilor who represents the waterfront area fear the lawsuit will ultimately lead to loss of waterfront access.

City Councilor Belinda Ray, who represents the district, said she hopes the city will be “fully participating” in the fight to preserve public access, especially for commercial fishermen.