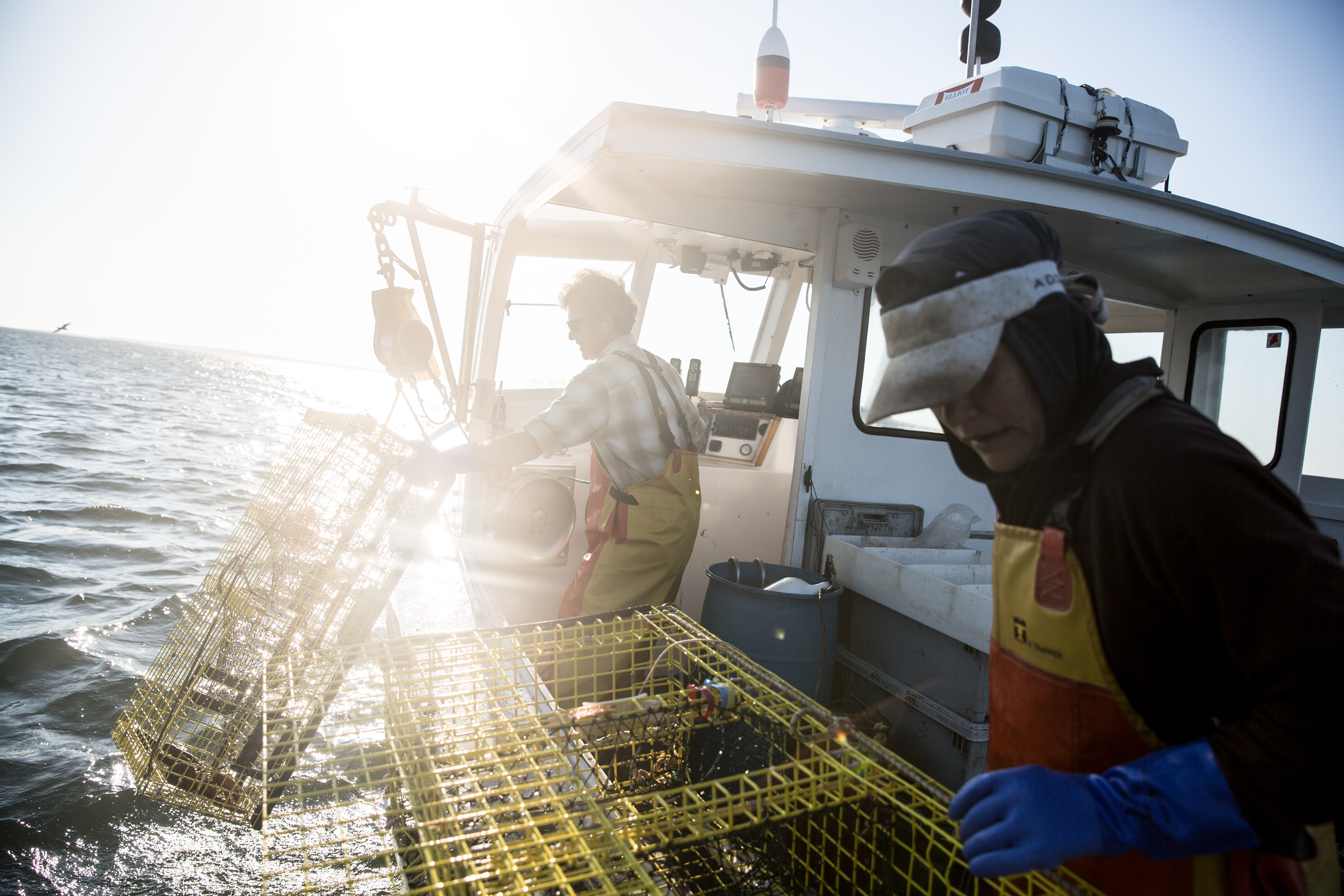 U.S. District Court Judge James Boasberg’s decision gives some breathing room to Maine fishermen, who feared a sudden shutdown of the fishery and economic devastation along the coast.

The Maine Lobstering Union (MLU) in a statement said it is “grateful that Maine fishermen and the families that depend on them finally have some good news.”

Nevertheless, those new rules must reduce the risk to right whales by 90 percent.

Patrice McCarron, executive director of the Maine Lobstermen’s Association (MLA), said the court’s decision offers some hope. But, she said in a statement, “the simple truth is lobstermen are still mandated to achieve a 90 percent risk reduction in two years, which cannot happen without causing significant harm to the fishery.”

The lobster industry disputes the accuracy of data used by the National Marine Fisheries Service (NMFS) to reduce the risk that right whales will get entangled in lobster gear. The MLA has brought suit against NMFS challenging its science.

“This is why the MLA’s lawsuit against NMFS is so critical,” McCarron said. “We must continue our fight through the appeals court to force NMFS to reconsider its worst case assumptions so that the risk reduction goal will be recalculated to more closely reflect the risk posed by our fishery.”

The MLA sued to challenge the science underlying the whale rule, but lost its case in federal district court. However, MLA since won an expedited appeal by the United States Court of Appeals for the District of Columbia. Briefs are due by January 10, 2023.

Part of the problem in assessing how regulations will affect the risk to right whales is that NMFS uses an unproven method called a “decision support tool” (DST).

The executive director of the Marine Mammal Commission, Peter O. Thomas, acknowledged the questions about the tool and the data on right whale density in an October 11 letter to NMFS Regional Director Michael Pentony.

“The accuracy of DST risk-reduction estimates is unknown, which is due to uncertainty in underlying data on whale and vertical line densities in space and time and on the relationship between rope strength and injury severity, and the fact that the tool has not been validated,” wrote Thomas.

Judge Boasberg acknowledged the deficiencies in the data about right whales and ordered NMFS to give status updates every six months on evolving scientific data.

Maine’s Department of Marine Resources Commissioner Patrick Kelliher said he was pleased the judge acknowledged the need for more time.

“The next two years will go by fast,” he said in a statement. “We will continue to work closely with Maine fishermen to develop a range of measures that ensure compliance with the changing regulatory landscape, and a resilient future for this important Maine industry.”