Northeast
A sign at the boundary between North Beach in Ogunquit and Moody Beach in Wells, shown here in September 2017, advises beachgoers that Moody Beach is private "to the low water mark." Wikimedia Commons/Fred Hsu, Http://bit.ly/moodybeach1 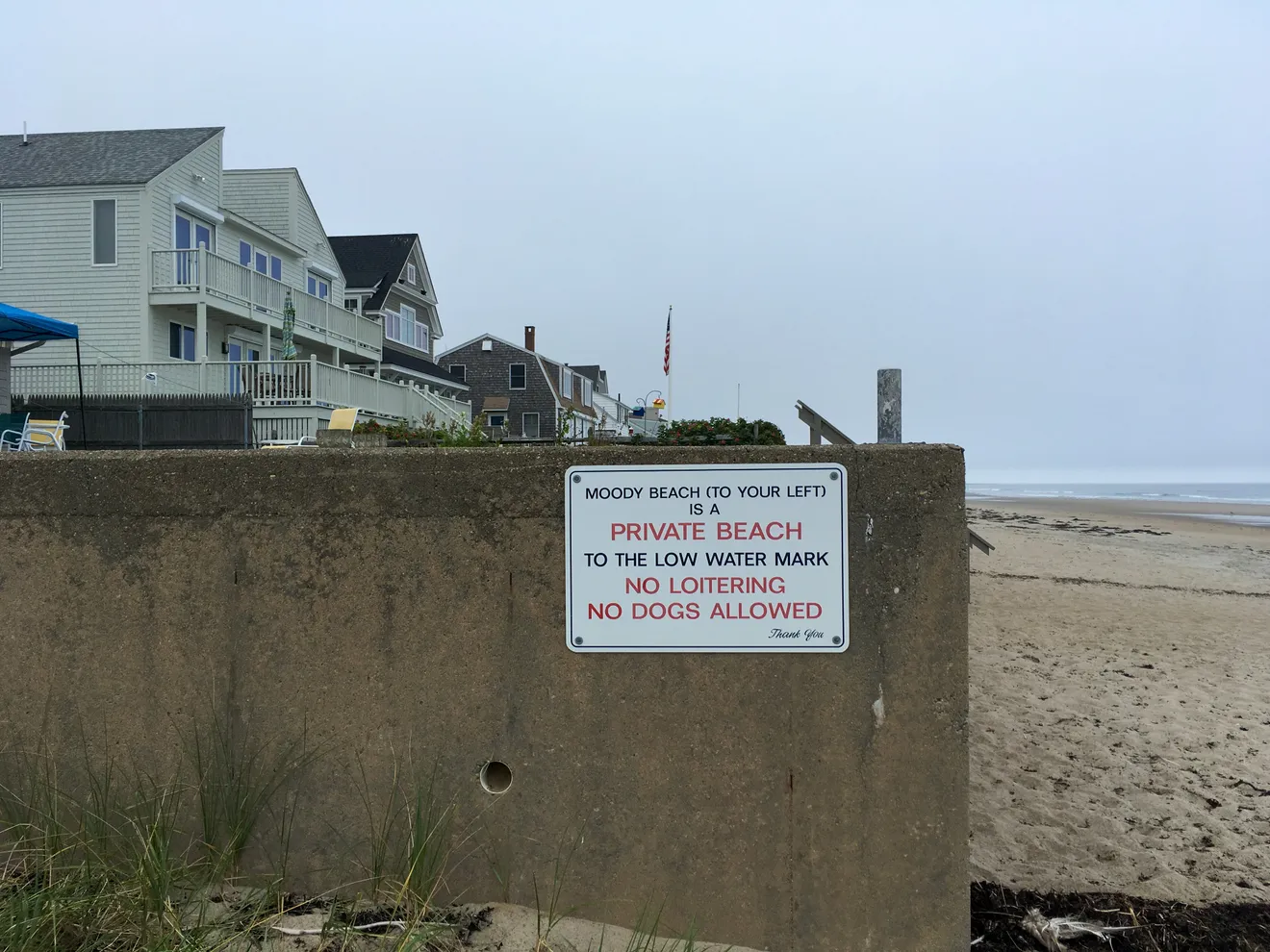 WELLS, Maine — A judge has whittled down a wide-ranging lawsuit against intertidal beach property owners to a single question.

What exactly is the scope of the public’s right to access such land?

With no precise answers offered, local plaintiffs may be able to fight another day on at least that front. Otherwise, Superior Court Justice John O’Neil ruled in a decision earlier this week that intertidal zones – those stretches of beaches between the high- and low-water marks – belong to the property owners who live upland.

For Attorney Benjamin Ford, who represents the plaintiffs in the case, the judge’s decision provided just enough reason to keep moving forward.

“Today’s decision proves what every Mainer who relies on our shoreline knows to be true: Maine’s intertidal problem is far from settled,” Ford said in a prepared statement. “We thank the Court for its diligence in addressing these issues and are eager to proceed with the next steps toward reclaiming the Coast of Maine for all Mainers.”

Last April, Ford stood near a private stretch of Moody Beach in Wells and declared he had filed a lawsuit in Portland that sought to return private beaches along the Maine coast to the public. The plaintiffs included both commercial and recreational beachgoers, and the suit took aim at eight defendants, three of whom own intertidal properties in Wells: Judy’s Moody, LLC, OA2012 Trust, and Ocean 503, LLC.

Residents Peter and Cathy Masucci, of Wells, are among Ford’s clients. Others live in such communities as Waldoboro, Bath, Portland, Peaks Island, and Needham, Massachusetts.

Last summer, attorneys for the owners of private beaches – in Harpswell and Friendship, Maine, in addition to Wells, for example – filed motions to dismiss the case altogether.

In his decision, O’Neil granted the motion to dismiss the case as it pertained to the intertidal land owners in Harpswell and Friendship who were caught in a dispute with individuals who were harvesting rockweed on their property for commercial purposes.