Northeast
In Atlantic Canada, lobster bait typically includes herring or mackerel, but the decline of these species is leading to a search for alternatives. Photo by Robert F. Bukaty/AP Images 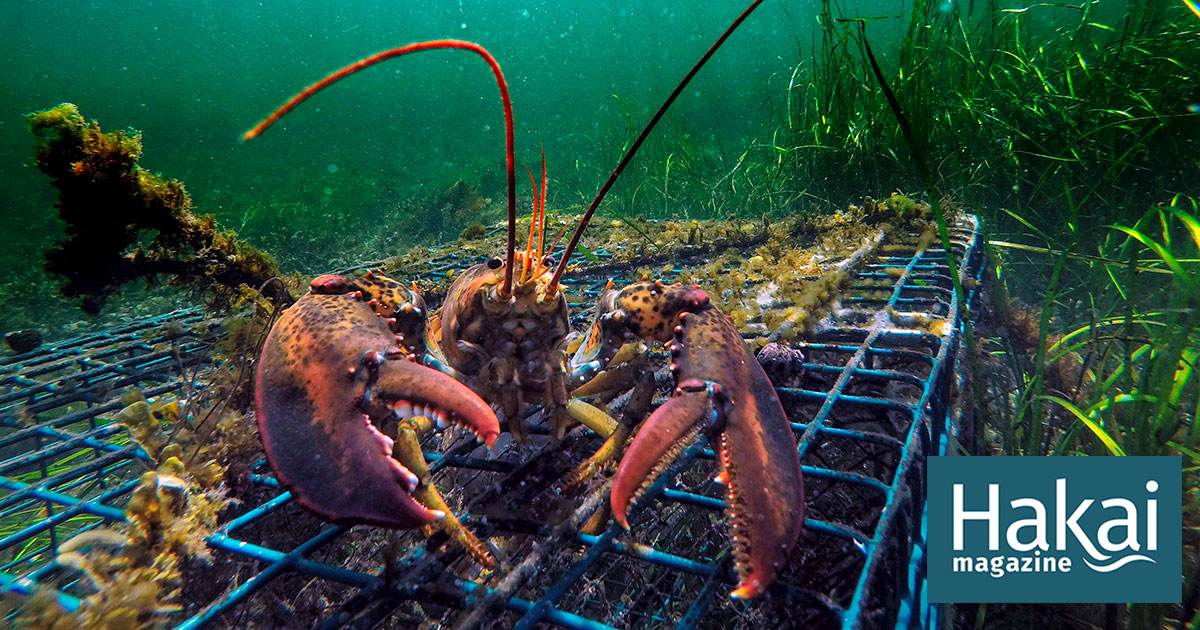 ME - Is Sausage the Missing Link in the Great Bait Debate?

Lobster and snow crab fisheries are booming, but the bait used to catch them—herring and mackerel—is not, so the search for alternative baits is on.

Imagine you’ve got a lobster in front of you, bright red and softly steaming. There’s a fish in that picture, too, though you can’t see it—the fish that was tucked into a trap to lure in the lobster that could end up on your dinner plate.

There’s no fish visible in the thick sausage Wally MacPhee lifts off the top of a half pallet of cardboard boxes either, even if it smells of the sea and has a piscine give to it when squeezed. But he’s hoping lobsters won’t know that—for the fishers’ sake, and for the sake of the small silvery baitfish this partially frozen cylinder is meant to replace.

In Canada’s Atlantic provinces, fisheries for lobster and snow crab are booming; in 2022, lobster prices reached record highs, and fisheries managers increased the quota for snow crab in some places by 32 percent. But these fisheries are on precarious footing nonetheless. The small species that have traditionally been used as bait—namely, mackerel and herring—have declined, leaving the long-term viability of the trap fisheries in question.

Help may come from a squat building abutting the wharf in Nine Mile Creek, Prince Edward Island, where MacPhee and his business partner Mark Prevost, who sport matching salt-and-pepper beards and black baseball caps, tour me around the small facility where they manufacture a bait alternative from fish processing waste that, at least for lobsters, is almost indistinguishable from the real thing.

Trying to convince people in a traditional industry to buy into something new is a challenge. Still, for MacPhee and Prevost, there’s an urgency to this work. It’s an imperative derived from Prevost’s own time as a commercial fisher when he was struck by how much of the fish he brought in wound up in traps rather than on the table. It was food, really, he says. “Using two pounds of bait to catch one pound of lobster just didn’t make any sense.”

Until recently, MacPhee and Prevost have been the ones more likely to be seen as nonsensical. Trap fisheries have used the same bait for centuries, and those forage fish have always been available. More importantly, in fisheries where seasons are short and every minute (and trap) counts, they’re effective. But amid concern about the state of fish stocks and a growing appreciation for the ecological importance of the species used in traps, the blind spot once occupied by bait has come into focus, with some fishers and researchers saying alternatives are desperately needed: for the well-being of coastal communities, for marine ecosystems, and for the disappearing fish carrying all of it on their backs.

As much as mackerel, herring, and other forage fishes underpin fishing in the northwest Atlantic, they serve an equally important role in marine ecosystems. Forage fish are part of the base of the ocean’s energy pyramid, consuming tiny creatures like copepods and, in turn, being consumed by humpback whales, puffins, and a whole host of other species.

Bait use has altered that food chain, with mackerel and herring turning lobsters, which would normally eat sea urchins and other bottom-dwellers, into fish eaters. Scientists have even hypothesized that because wily lobsters are so good at snagging a meal out of traps without being caught, the intensive use of bait can result in a larger lobster population than would exist otherwise. Yet until very recently, Fisheries and Oceans Canada (DFO) did not track the volume of bait being caught. Many lobster and crab fishers have licenses to catch their own mackerel and herring, and the magnitude of that catch was not quantified. Much of the commercial catch for these species, which is measured, also goes to bait.