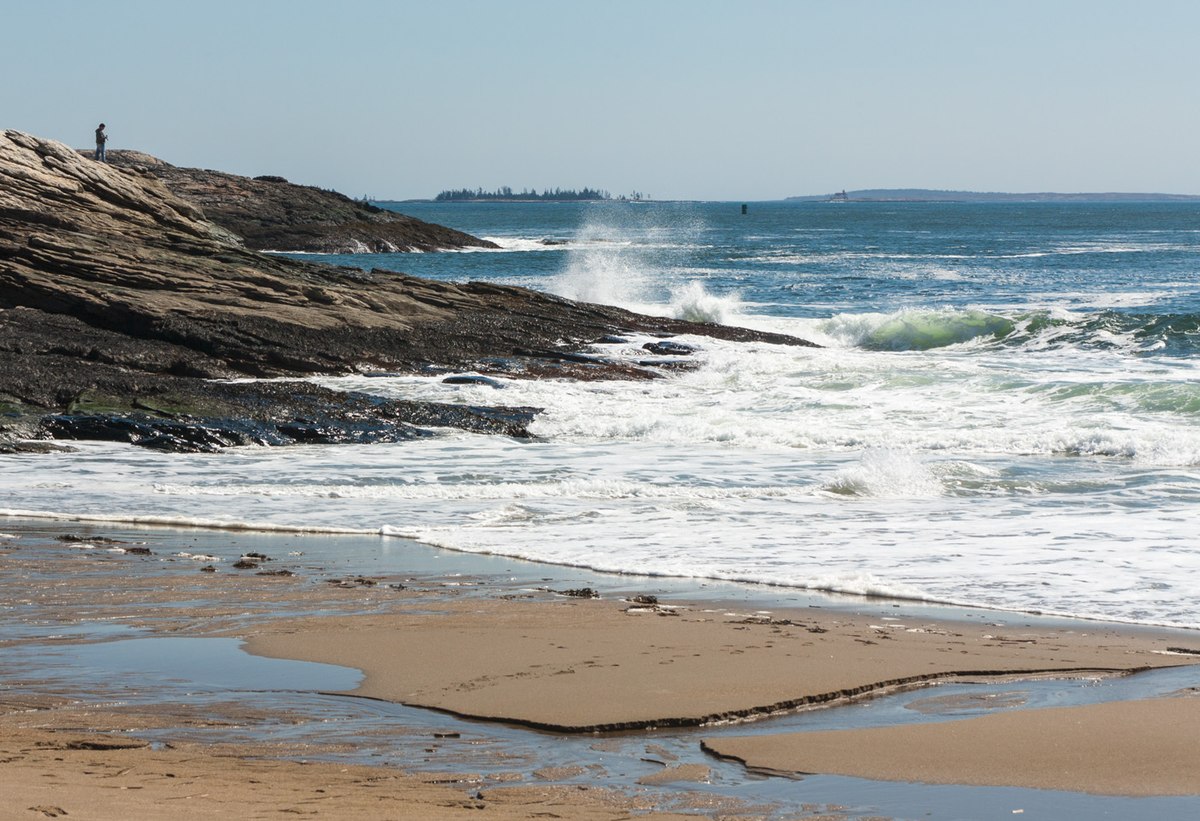 ME - Intertidal: Many factors determine shape of waves

Visiting Maine beaches in the summer is a rare treat and soon there will be throngs of beachgoers heading to places like Popham and Reid State Parks to splash around in a very different intertidal than we have in Brunswick.

Rather than craggy tide pool-filled shorelines or silty squishy mud flats, these coastal parks feature beaches that are wide open and sandy. Sandy beaches are somewhat of a rarity along this part of the coast — hence their popularity in the summer. Their open-facing shoreline also means that they often have large waves that break along their shores.

On a recent visit to Reid State Park, I watched a perfect wave come ashore and thought about what makes it form that way rather than being uneven or collapsing on itself. There are a lot of different factors that determine what a wave looks like. The biggest one, perhaps, on this visit, was the direction of the wind. There are offshore breezes and onshore breezes, each of which are determined in part by the difference in the temperature between the land and the sea.

In the spring and the fall, when that difference is the greatest, these winds are often quite strong. This was the case recently when an offshore breeze helped to make the waves exceptionally clean and crisp at their break. An offshore breeze is when the wind blows “off of the shore” towards the sea. An onshore breeze is just the opposite — when the breeze blows from the sea “on to the shore.”

Another factor determining what each wave ends up looking like is the strength of the wind. Following on from the previous directional theme, if you have ever been by the shore in the spring or fall, the strength of the wind can be quite impressive. That’s particularly true if you are in a place where there are not bits of land to interrupt the wind’s path as it drives its energy into the water.

In spots with open beaches like Reid and Popham, this strength can be particularly impressive in the shoulder seasons. The cumulative build-up of the wind, and thus the waves, when there is no land and when the wind starts far offshore, is called “fetch.” The bigger the fetch, the bigger the waves.