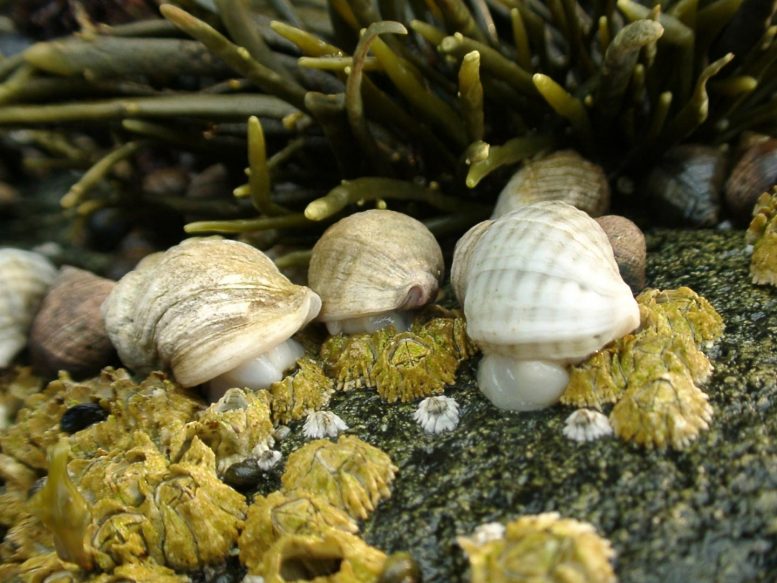 Two decades of data from a study of Maine’s Swan’s Island document a slow and steady dwindling of mussels, barnacles, and snails.

The waters of the Gulf of Maine are warming faster than oceans almost anywhere on Earth. And as the level of carbon dioxide rises in the atmosphere, it’s absorbed by the oceans, causing pH levels to fall. Ocean acidification makes it difficult for shellfish to thicken their shells — their primary defense against predators.

In a new study in the journal Communications Biology, researchers Peter Petraitis, a retired professor of biology in Penn’s School of Arts & Sciences, and Steve Dudgeon, a biology professor at California State University, Northridge, who completed a postdoctoral fellowship with Petraitis at Penn in the 1990s, show that the changing climate is taking a toll on Maine’s sea life. A dataset collected over two decades, including numbers of five species of mussels, barnacles, and snails, shows that all have been experiencing declines — some slow, some more rapid — in part owing to climate change.

“These species are often overlooked because of how common they are,” Petraitis says. “They’re just everywhere across the rocky shores. People don’t think anything is going to happen to them. If they decline by about 3% a year that’s a relatively small change so you might not notice it for a while. But one year, people are going to suddenly look around and say, ‘Where are all the snails, mussels and barnacles?'”

These species “form the core of an iconic food web” in the Gulf of Maine, says Dudgeon. “Concurrent declines of five species, including both native and non-native, is proportionally large, and may cause profound changes in the ecology of coastal oceans in the region.”