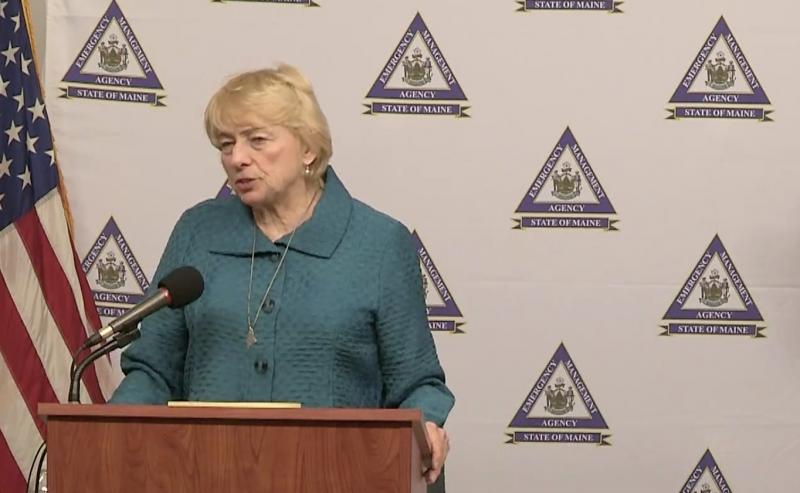 On Feb. 19 The Maine Department of Marine Resources filed comments with the National Oceanic and Atmospheric Administration (NOAA) on the draft Biological Opinion for ten fishery management plans in the Greater Atlantic Region, focusing on the North Atlantic Right Whale.

In a cover letter included with DMR’s comments, Governor Janet Mills expressed “grave concern” about the draft Bi-Op, warning it will be economically devastating and will fundamentally change Maine’s lobster fishery.

“In the absence of a significant change, this Framework will necessitate the complete reinvention of the Maine lobster fishery,” wrote Governor Mills. Despite other documented sources of serious injury and mortality to right whales, the draft Biological Opinion, a requirement of the Endangered Species Act, includes a Conservation Framework that calls for a 98 percent risk reduction over ten years in US fixed gear fisheries, including lobster.”

Governor Mills highlighted the Maine lobster industry’s decades of progress in protecting right whales. “Maine fishermen have worked collaboratively with the Department of Marine Resources for over twenty years to develop and implement measures to protect whales. They have been active participants at the Atlantic Large Whale Take Reduction Team table, looking for solutions that both maximize benefits to right whales and remain practicable for safe operations at sea.”

The Governor noted the importance of Maine’s lobster industry to Maine’s coastal economy. “The roughly half billion dollars generated in ex-vessel revenue from the fishery generates an additional $1 billion in indirect economic impact throughout the supply chain.”