Northeast
Alewives and blue-backed herring in the Dennys River. 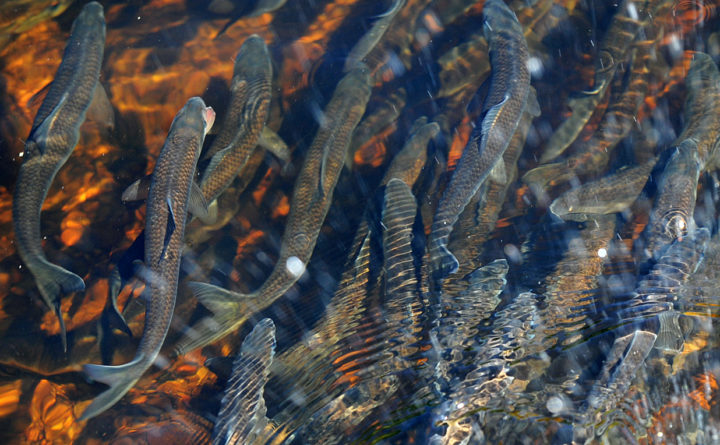 ME - Feds to spend $30M to restore fish habitats Down East

A state project to help four species of fish pass more easily between the ocean and lakes and rivers in eastern Washington County is getting a $30 million boost from the federal government.

The money will go toward restoration projects spread out over more than 300,000 acres in roughly 20 municipalities and townships in eastern Washington County, including the replacement of undersized culverts that block fish passage. Work will be done in watersheds that drain into the lower St. Croix River, Cobscook and Passamaquoddy bays, and Grand Manan Channel.

The head of a fish habitat conservation group active in eastern Maine said Wednesday’s announcement of the federal funding was “fantastic” news.

“We are encouraged to see this level of investment,” said Dwayne Shaw, executive director of the Downeast Salmon Federation. “A program of this magnitude is beginning to approach a level commensurate with the immense importance of fisheries recovery to our region’s economy and culture.”