Northeast
The Starlight is one of two O’Hara Lobster Bait midwater trawlers. It was launched from Eastern Shipyard in Panama City in the late 1970s, then overhauled at Patti Marine in Pensacola, Fla., and returned to Rockland, Maine in June 2019. Tom Farrell photo 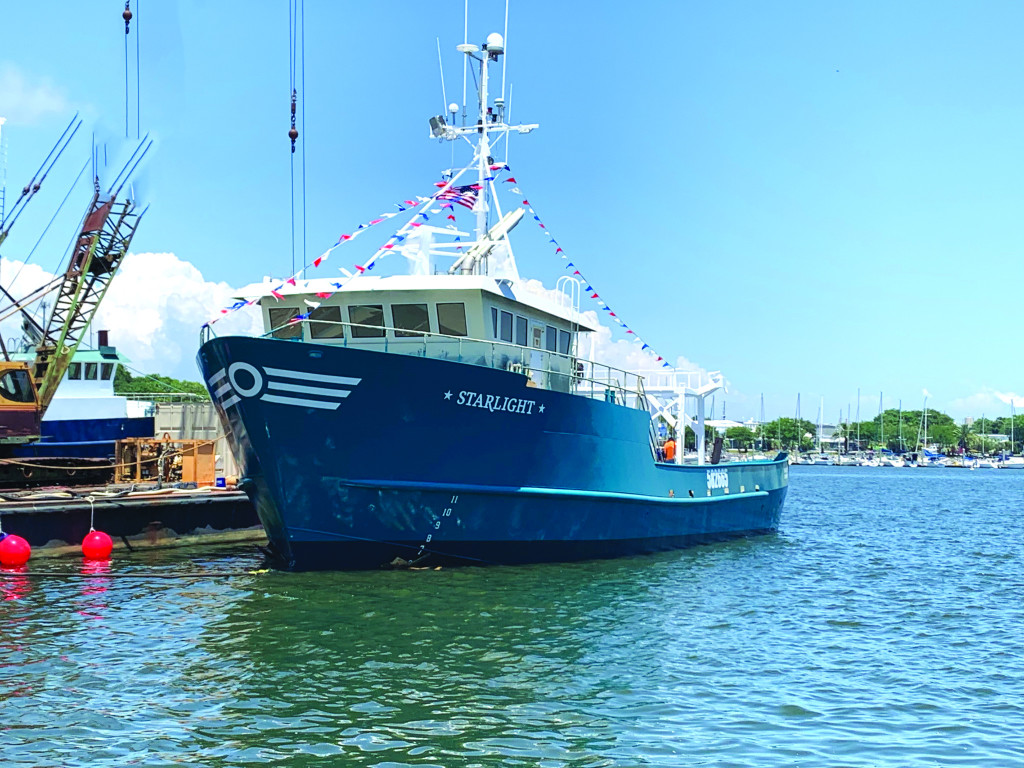 “With this determination, we proudly support our fishing industry and will work with the affected communities to help them get back on track,” said Raimondo. “Resilient and sustainable fisheries are not only essential to our coastal communities, but play a vital role in supporting our blue economy and our nation’s overall economic wellbeing.”

The herring fishery historically supplied the bulk of the bait for the Northeast lobster fishery. In 2019, NMFS announced a 70 percent reduction in the catch quota, which left fishermen and bait suppliers scrambling for alternatives. The most complicating factor being that all bait species and types must be approved by NMFS. The herring fishery is based primarily in Maine and Massachusetts.

In 2018, the Northeast Fisheries Science Center published a new stock assessment that “concluded that although herring was not overfished and overfishing was not occurring in 2017, poor recruitment would likely result in a substantial decline in herring biomass. The stock assessment estimated that recruitment had been at historic lows during the most recent 5 years (2013-2017). The assessment projected that biomass could increase, after reaching a low in 2019, if recruitment returns to average levels, but that herring catch would need to be reduced, starting in 2018, to prevent overfishing and lower the risk of the stock becoming overfished,” according to a NOAA rule announced in the Federal Register.