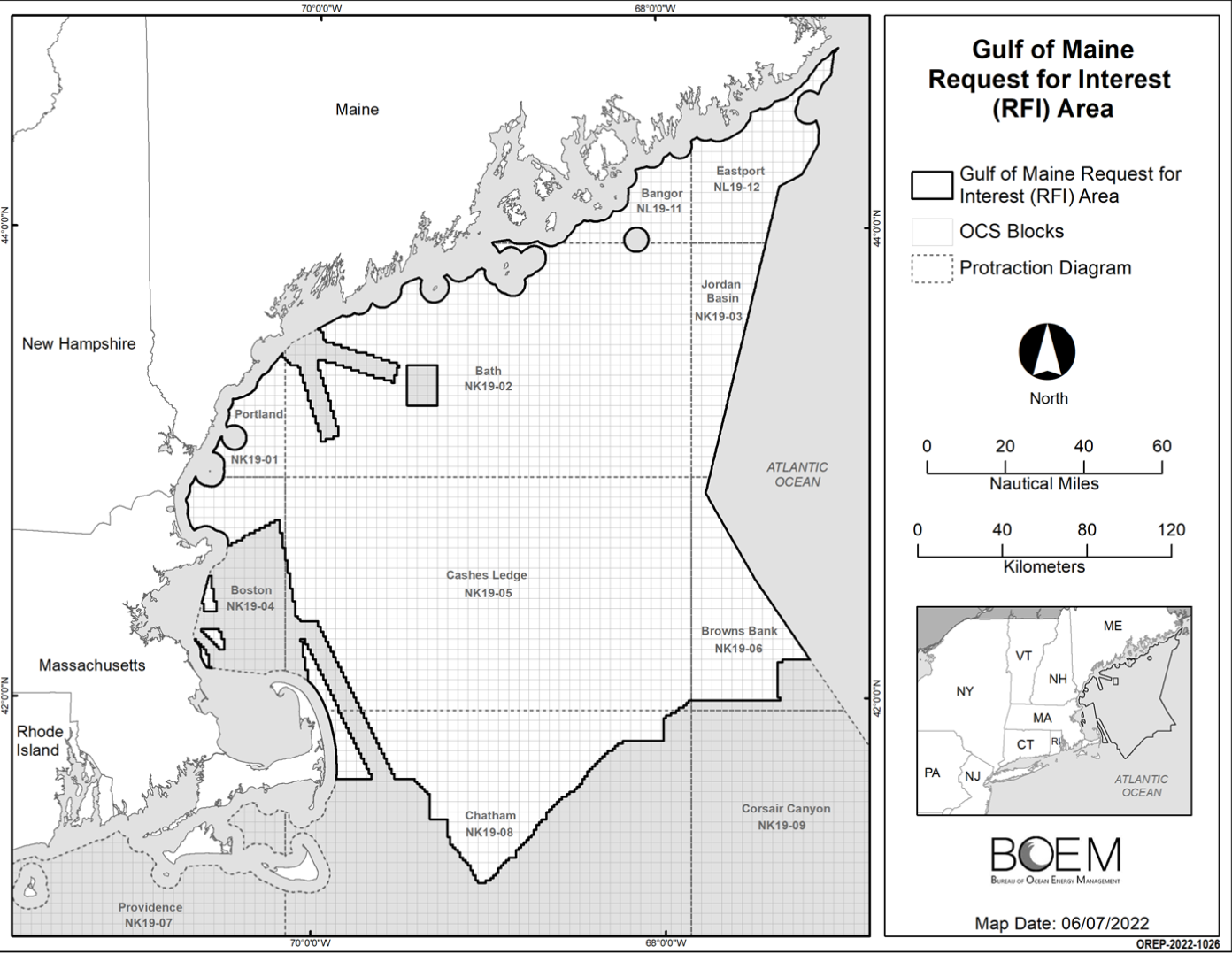 Several New England and national environmental groups say the federal Bureau of Ocean Energy Management is making a mistake by moving forward to designate wind energy areas in the Gulf of Maine.

The Conservation Law Foundation and other groups asked BOEM in May to do “a comprehensive environmental review” before proceeding with outlining potential areas for wind projects. Activists are criticizing the agency, which on Aug. 19 published a “request for interest” from wind development companies.

“This decision epitomizes short-term thinking that will only cause problems in the long run,” said Erica Fuller, senior attorney at the Conservation Law Foundation.

“It’s simply backwards to choose areas for offshore wind development before doing a full environmental analysis, which would ultimately save time and money if done now,” said Fuller. “It is critical to advance offshore wind to respond to the climate crisis and clean up our electric grid, but it must be done in a science-based, inclusive and transparent way.”

The Gulf of Maine is “considered to be one of the most productive ecosystems in the world,” according to the foundation, “and is the foundation for a coastal economy characterized by commercial and recreational fishing, aquaculture, recreational boating, shipping, and tourism.”

The gulf is also a much deeper water environment than the shallow outer continental shelf locations currently planned for East Coast wind power projects. That means its future use for wind power will of necessity require floating wind turbines, with complex planning for anchoring and cabling.