Northeast
via University of Maine 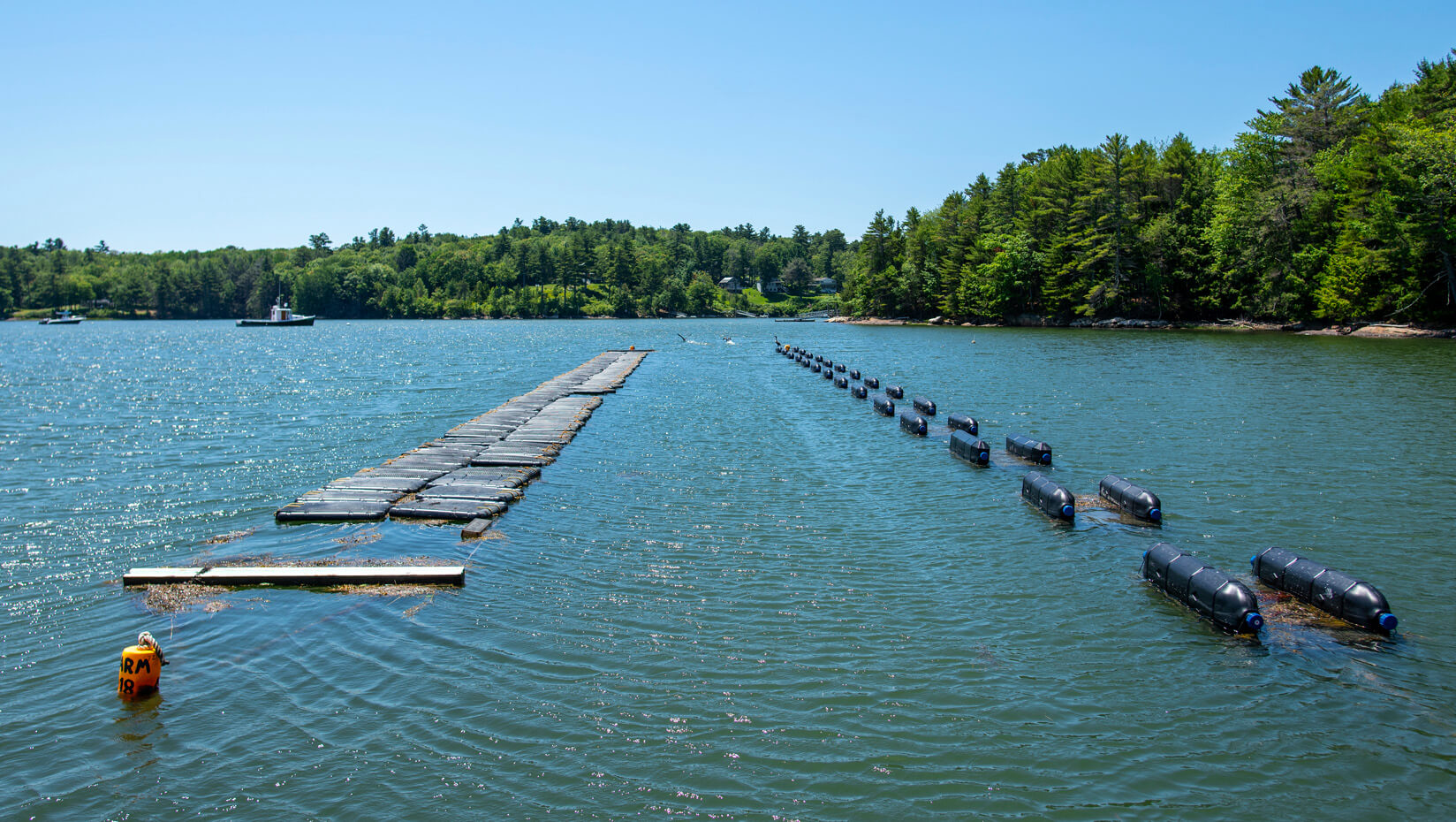 The cultivation of fish and aquatic plants for food is one of Maine’s leading industries, but some say large-scale producers could put the state’s ecosystem at risk.

GOULDSBORO, MAINE—IT'S nursery season at Springtide Seaweed, Maine's largest seaweed farm. Sarah Redmond, Springtide's founder and lead operator, is cultivating microscopic kelp spores at its saltwater facility here, just across Frenchman's Bay from Acadia National Park. Each day, Redmond checks the progress of the tiny plants, which have taken root on strands of ordinary string wrapped around PVC piping and submerged in one of several large, saltwater tanks. Later this month, once the kelp seedlings have reached a length of about 2 millimeters, Redmond will transfer them to lengths of submerged lines in the Gulf of Maine.

Aquaculture – the cultivation of fish and aquatic plants for food – is a $1.5 billion industry nationwide. That includes both freshwater catfish and tilapia farms as well as marine or saltwater operations like Springtide. Maine's abundance of clean water, its long history of working waterfronts, and its proximity to markets such as Boston and New York have made it one of the leaders in marine aquaculture production, rivaling Alaska and Florida. The rise of small-scale, artisan operations like Springtide promises to continue that trend. So too does a trend toward large-scale, land-based operations, which have traditional seafood farmers and some residents of coastal towns wondering if this spike in the industry could damage some of the state's most valued coastal ecosystems.

According to a 2017 report from the University of Maine, aquaculture in Maine has a direct economic impact of $73.4 million in product and another $35.7 million in labor income, making it one of the leading drivers in the state's financial health. A 10-year strategic plan for the state, issued by Democratic Gov. Janet Mills in November 2019, identifies the growth of the industry as a key place for economic development.